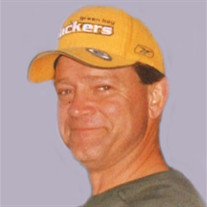 William Jerry Saunders, 58, of Sioux City, died Thursday, March 14, 2019, at a Sioux City hospital. Memorial services will be 7 p.m. Thursday at Morningside Chapel, Christy-Smith Funeral Homes. Visitation with the family will begin at 5 p.m. Thursday at the funeral home. Bill was born in Sioux City, on Aug. 25, 1960, the son of Dale Owen and La Tricia Ann (Higgins) Saunders. He attended Sioux City Community Schools and graduated from East High School with the class of 1978. He furthered his education by attending Simpson College in Indianola, Iowa, graduating in 1982 with a degree in environmental engineering. Bill was married to Joan Fundermann in 1987. The couple later divorced. He married Patricia Heller in 1991 and later they also divorced. He worked for Knox Gelatin for several years, before he began working for his very good friend, Del Hughes, in construction. He later became an independent contractor working many times with his sons. Bill enjoyed fishing, coaching, all sports, playing pool, and playing golf. He was also a past president of Homebuilders Association. He was a current member of the Boys of 68. His life will always be remembered by his family, which includes his mother, La Tricia of Sidney, Neb.; his sons, Jacob Saunders and his significant other, Kendall Motl of Sioux City, Nathan Saunders of Sioux City and Casey Saunders of Sioux City; his twin brother, Bob Saunders of Ida Grove, Iowa; his sister, Marie Primm and her husband, Paul of Sidney; along with several nieces, nephews and his many friends. Bill was preceded in death by his father; and his brother, Mike Saunders.

The family of William J. "Bill" Saunders created this Life Tributes page to make it easy to share your memories.

Send flowers to the Saunders family.