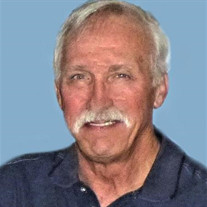 William Joseph Denzer Jr., 69, of Orange Park, formerly of Sioux City, died July 9, 2019, following a long illness. Memorial service will be 11 a.m. Wednesday at Christy-Smith Funeral Home, 1801 Morningside Avenue. Bill was born March 16, 1950, in Brooklyn, N.Y. He was welcomed by his loving parents, William and Eleanora Vogler Denzer. Bill attended school in the Seaford, N.Y. area and graduated in 1968 from Seaford High School. Following his high school graduation, Bill spent two years in the U.S. Navy where he served aboard the USS John F. Kennedy (CV-67). In the fall of 1970, Bill moved to Sioux City, to attend Morningside College. He was employed by St. Luke’s Hospital while attending college. On June 4, 1976, Bill married his best friend and soul-mate, Patricia Tague. Bill and Pat had a life filled with adventure and travel which began in 1979 when Pat was commissioned in the U.S. Navy. Their travels took them to San Diego, Calif., Orange Park, Fla., Falls Church, Va., and Monterey, Calif. Bill was employed as a chemist in multiple industries throughout his career. He retired in 2002, and Pat retired from the Navy in 2003. Bill and Pat spent their first year of retirement in the Lake Tahoe/Reno, Nev. area where they hiked, relaxed and enjoyed nature at its finest. In 2005, they returned to Sioux City. They remained in Sioux City until 2009, when they once again moved to San Diego. In 2014, Bill made his final cross-country trip back to Orange Park, Fla. In addition to his spirit of adventure, Bill had a genuine love of life. He enjoyed meeting new people and made life-long friends in many parts of the country. He viewed every move as an opportunity to experience new things. Bill was also very devoted to his family including the many dogs that shared his journey. Bill is survived by his wife, Pat; brother, Thad (Judy) of Joppa, Md.; sister, Rita (Ralph) Rosenberger of Hawley, Pa.; and several nieces and nephews. He was preceded in death by his parents; sister, Maria; and brother, Paul. Memorials may be directed to Community Hospice and Palliative Care of Northeast Florida, 4266 Sunbeam Road, Jacksonville, FL 32257.

The family of William J. Denzer created this Life Tributes page to make it easy to share your memories.

Send flowers to the Denzer family.