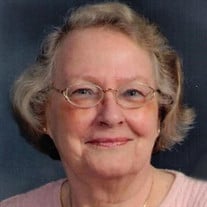 Virginia Prince Renner, 91, passed away on January 22, 2021 in Whiting, IA of Covid 19 one day after her 91st birthday. She had suffered from Alzheimer’s for the last 12 years and currently was a resident of Pleasant View Care Center in Whiting. Christy-Smith Funeral Home is in charge of arrangements. Visitation following Covid guidelines will be held on Thursday, January 28 from 4 – 7 PM. Funeral Services will be held at the funeral home on Friday, January 29 at 11:00 AM. Burial will be at later date. The family will be wearing masks and asks everyone to do the same. On-line condolences may be left at www.christysmith.com. Virginia Jean Fallon was born in Sioux City, Iowa, on January 21, 1930 to Clifford B. and Inez Evangeline Fallon. She attended Whittier and East Junior schools and graduated from East High in the mid-year class of 1948. On August 28,1949, she married William L. Prince. To this union, five children were born. Virginia was a stay-at-home mom for most of her life, but she was active in her church, first Concordia Lutheran and later at Redeemer Lutheran in Sioux City. She served many roles in the church, as a church organist, children’s choir director, children’s Christmas program director and as the first woman chair of the Worship Committee. She also was active in the Adult Choir, Miriam Singers and Women’s Circles. Outside the home, she sang with the Women’s Club Chorus, and was the organist for Christy-Smith Funeral Home where she accompanied her good friend and sister-in-law Mary Swanson. After her children were almost raised, she went to work at Bob Knowler’s Black Knight as bookkeeper. Her husband Bill died in April 1988, and she married John Renner on February 18, 1989. They had 22 years together and enjoyed camping and their grandchildren. John died on January 16, 2011. Those left to mourn her passing are her daughters, Gayle (Marlin) Jeffers of Omaha, NE, Connie (Bob) Houlihan of Phoenix, AZ and Amy (Mike) McManamy of Sioux City, her son, Bob (Chris) Prince of Sioux City and her stepson, Gary (Dorothy) Renner of Lincoln, NE, her sisters, Marge (Al) Bosco of Arroyo Grande, CA, Carole Beck of Spirit Lake, IA, and her brother Cliff (Jane) Fallon of Litchfield Park, AZ. She was blessed with 34 grandchildren, numerous great-grandchildren, several great-great-grandchildren and many nieces and nephews. She was preceded in death by her parents, her husbands, Bill and John, her son, Billy, and her brother, Dick Fallon. The family wants to thank the wonderful staff at Pleasant View Care Center for taking such good care of our mom and grandma through the last days of her life. Memorials may be directed to Pleasant View Care Center Auxiliary, Whiting, Iowa or Redeemer Lutheran Church of Sioux City.

Virginia Prince Renner, 91, passed away on January 22, 2021 in Whiting, IA of Covid 19 one day after her 91st birthday. She had suffered from Alzheimer&#8217;s for the last 12 years and currently was a resident of Pleasant View Care Center... View Obituary & Service Information

The family of Virginia Jean Prince-Renner created this Life Tributes page to make it easy to share your memories.

Send flowers to the Prince-Renner family.