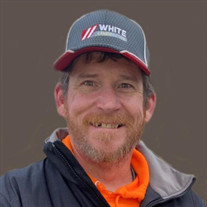 Todd E. Beller, age 47, of Sioux City, passed away Sunday, February 13, 2022, at a local hospital. Visitation will be 5:00-7:00 p.m. Friday, February 18, 2022, with a prayer service at 7:00 p.m. at Christy-Smith Funeral Homes, Morningside Chapel. Celebration of Life will be 11:00-2:00 p.m. Saturday, February 19, 2022, at the Christy-Smith Family Resource Center. Todd Elliott Beller, the son of James and Bonnie (Macgregor) Beller was born April 12, 1974, in Sioux City, IA. He grew up in the area and graduated from East High School. He worked various jobs throughout the Siouxland area until he joined the Iron Workers Union and became a journeyman ironworker. On February 13, 1998, Todd married Christy Small. The couple had two sons, Skyler and Blake. Todd loved watching his boys grow up, he enjoyed coaching and attending their sporting events. He was very active in hockey, bowling, skiing, golf, and fishing. He enjoyed life and lived it to the fullest. He is survived by his wife, Christy Beller; sons, Skyler (fiancé Cassie) Beller, and Blake Beller; father, James Beller; mother and father-in-law, Karen and Ray Eblen; grandfather, Thomas Beller; siblings, Mark (Emily) Beller, and Jami; numerous aunts, uncles, nieces, and nephews; best friend, Doug Hockom and his family; and his beloved dog Bella. He is preceded in death by his mother and his grandparents.

The family of Todd Elliott Beller created this Life Tributes page to make it easy to share your memories.

Send flowers to the Beller family.