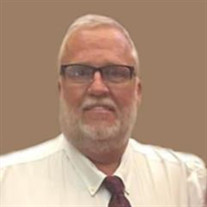 Thomas Charles Dahl, 65 lifelong residents of Sioux City, Iowa died on Friday, August 7, 2020, in Sioux City, Iowa. A Funeral service will be at 11:00 AM on Wednesday at Christy-Smith Morningside Chapel located at 1801 Morningside Ave. Sioux City, Iowa 51106 with the Father Andrew Galles of Immaculate Conception Church of the Mater Dei Parish officiating. Private family interment will be at a later date in Memorial Park Cemetery, Sioux City, IA. The family will receive friends from 9:00 AM to 11:00 AM on Wednesday, August 12, 2020, at Christy-Smith Morningside Chapel, 1801 Morningside Ave., Sioux City, Iowa. Online condolences may be made to the family at www.christysmith.com Tom was born, August 3, 1955 in Sioux City, Iowa to Clarence and Dorothy (Tope) Dahl. He grew up in Sioux City and was a member of the first graduating of West High School. He married Susie Stewart on April 12th, 1975 in Sioux City. In July of 1976 he started working for the Sioux City Inspection Company and became a partner in the early 1990's, retiring in early August of this year due to his declining health. Tom loved to travel especially with his family and of course his grandkids. He enjoyed just getting in the car to go for a ride with them. He loved just spending time with his family. He also loved going out to eat at his favorite restaurant "Sneaky's" He was a member of Immaculate Conception Catholic Church in Sioux City, AAGIWA (American Association of Grain Inspection and Weighing Agencies). Surviving are his wife Susie of Sioux City, 2 daughters, Janelle (Jerry) Brisky of Omaha, NE and Chelle (Patrick) O'Neill of Sioux City, IA, 8 grandchildren; Jaymi (Chris) Leif and great granddaughter Aubree, Kayla (Chase) Starbuck and great grandson Jedidiah, Jill Brisky, Hunter Flink, Elliot Brisky, Brooklyne Flink, Dominic Brisky, Tony Brisky, brothers, Jim (Sherry) Dahl of Ringgold, GA and Clarence (Jo) Dahl of Sioux City, IA, sister, Nancy Bunday of Crystal Lake, IL. Sister in-law, Maureen Dahl of Omaha, numerous nieces and nephews and his best friend of sixty years Dave Ayers of Champagne, IL. Preceded in death by his parents and his twin brother Tim Dahl. The family would like to Thank Hospice of Siouxland for the wonderful care Tom received from them.

The family of Thomas C. Dahl created this Life Tributes page to make it easy to share your memories.

Send flowers to the Dahl family.