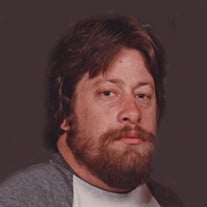 Terry L. Coon, 63, entered into eternal life Sunday, January 6, 2019, at Unity Point-St. Luke’s Medical Center in Sioux City, IA. A memorial service will be 10:30 am Thursday, January 10, 2019, at Cornerstone World Outreach, with the family greeting friends one hour prior. Terry Lee Coon, the son of Thomas W. and Bonne Bell (Goodrich) Coon was born October 12, 1955, in Sioux City, IA. He attended high school in Moville, IA. Terry then served in the U.S. Army during the Vietnam Conflict and was honorably discharged. On December 23, 1977, Terry was united in marriage with Dee Butcher in Elk Point, SD. He first worked for his father driving truck. In 1984, he became a Tattoo artist, and owned and operated Skin Art Tattoo in Sioux City until 2000. After that, Terry owned a shop in Le Mars, IA and then worked at Outlaw Tattoo in Sioux Falls, SD. He retired in 2015 due to health conditions. Terry was a member of Cornerstone World Outreach. He was also a member of Sioux City Shgualrof, the Banditos in Texas, Messengers of Faith in Nebraska, and the Christian Motorcycle Association. Terry had a great love for speed, whether it was racing motorcycles or drag racing. Terry is survived by his wife, Dee of McCook Lake, SD; children, Shawn Roblez of McCook Lake, Lacy (Jeff) Hanson of Waco, TX, Jeffrey (Michelle) Coon of Sioux City, Mindy Shaw of Sioux City; seven grandchildren; five great-grandchildren; a sister, Christine (Rick) Magno of Port Orange, FL; and many other relatives and friends. He was preceded in death by his parents.

The family of Terry Lee Coon created this Life Tributes page to make it easy to share your memories.

Send flowers to the Coon family.