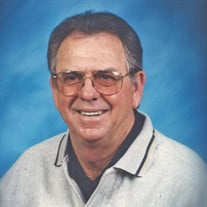 Terree Ritz, 74, of Bronson, IA died Friday, March 20, 2020 at Mayo Clinic in Phoenix, AZ. A visitation will be 9:00 a.m. Friday, April 3, 2020 at Christy-Smith Funeral Homes, located at 1801 Morningside Ave. A graveside service will be 11:00 a.m. at Memorial Park Cemetery following the visitation. In light of the COVID-19 pandemic, we are following state and federal guidelines in allowing no more than 10 people at a time into the visitation, anyone attending the graveside service will be asked to remain in their vehicles in order to comply with current cemetery guidelines . A public celebration of life will be scheduled at a later date. Terree Lynn Ritz, the son of Louis and Caroline Veryl Ritz was born November 5, 1945 in Cushing, IA. He attended East High School and was a lifelong supporter of the Raiders. He later attended Morningside college. On July 6, 1969 Terree married Linda Rol, the couple had two sons, Chad Ritz and Mathew Ritz. The couple later divorced; Linda passed away in 2009. On August 16, 1980 Terree was united in marriage to Victoria Bower Carlson at First Lutheran Church in Sioux City. Terree lived in the Siouxland area for most of his life, the last 18 years he resided in Bronson, IA. He worked as an engineering inspector for the City of Sioux City Engineering Department for 38 years. He and his wife Vicki enjoyed being snowbirds and wintering in Wittmann, AZ for the past 8 years. Upon retiring Terree spent his time golfing in several leagues and courses around Sioux City and Phoenix. He also spent his free time fishing, hunting, horseback riding, 4-wheeling and he was an avid animal lover of dogs and horses. He enjoyed watching sporting events of his children and grandchildren, as well as attending performances of the arts by his children and grandchildren. Terree was a member of St. Mark Lutheran Church in Sioux City, he also was a member of the Siouxland Dive and Rescue Team, Mason with Landmark Lodge No. 103, Sioux Valley American Kennel Club, Shady Brady Saddle Club, and Back Country Horsemen of Iowa. Those left to honor his memory include his loving wife, Victoria (Vicki) Ritz of Bronson, IA; two sons, Chad Ritz and his wife Shelley of Sergeant Bluff, Mathew Ritz of Sioux City; step-daughter, Heather Hartkopp and her husband Blain of Kansas City, MO; 4 grandchildren, Easton and Addison Ritz of Sergeant Bluff, Cole and Morgan Hartkopp of Kansas City, MO; and nephew, Jay Ritz of Raleigh, NC. He was preceded in death by his parents, Louis and Veryl Ritz; and brother, Gary Ritz. Terree will be greatly missed by his family, many friends, and his devoted yellow Labrador, Molly.

The family of Terree L. Ritz created this Life Tributes page to make it easy to share your memories.

Send flowers to the Ritz family.