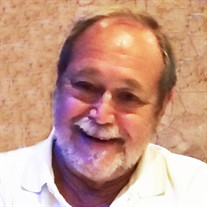 Russell E. “Russ” Lane, 73, passed away Thursday, June 24, 2021, at his residence in Sioux City, IA.  A service will be held at a later date.  Online condolences may be expressed to the family at www.christysmith.com Russell Everett “Russ” Lane, the son of Everett and Viola Lane was born February 17, 1948, in Sioux City, IA.  He graduated from Central High School in 1966.  Russ went to work for Besser Sioux City and spent his entire adult career working for the company.  After over 40 years of working at Besser, Russ retired in 2019.  On May 20, 1972, Russ was united in marriage with Carla Tripp in Sioux City.  Carla passed away in 2003.  In 2009, Russ was united in marriage with Monica Plummer in Sioux City.    Russ enjoyed guns and belonged to the Sergeant Bluff Gun Club.  He also enjoyed golfing and bowling.  Russ is survived by his wife, Monica of Sioux City; two children, Rebecca (Christopher) Jimenez of Omaha, NE, Timothy Lane of Minneapolis, MN; two step-children, Matthew Alexander (fiancé: Maggie) Thoene of Omaha, NE, Marissa Jo (Sean) Thoene of Sioux City; six grandchildren; three siblings, Linda Fink of Colorado, Roger Lane, Lindsey Lane of Sioux City; and many other relatives and friends.  He was preceded in death by his parents; wife, Carla; an infant daughter, Andrea; and a brother, Jim Lane.

The family of Russell Everett Lane created this Life Tributes page to make it easy to share your memories.

Send flowers to the Lane family.