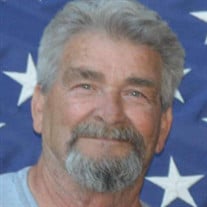 Rodney D Gregg Sr, 76, of Sioux City, Iowa, passed on December 03, 2020 with his family by his side. Rodney was born on February 25, 1944 to Eugene and Genevive Gregg in Sioux City, IA. He attended Central High School before joining the US Army at the age of 17. He served his country from 1961 to 1963, stationed in Frankfurt, Germany. On June 10th 1966, he married the love of his life Linda Newman and they shared 3 beautiful children. They were married for 40 years before she passed away in 2008. He was a hard working man, and worked beyond his retirement from Besser of 39 years. He was a champion pool player and played for several leagues in the Siouxland area. He has collected many trophies because he was that good! If you ever played him, he may have let you win a time or two. He was an avid fisherman, and a skilled hunter and loved sharing his knowledge with anyone who would listen. A true outdoorsman! He was a one-of-a-kind, warm-hearted man and was loved by all who had the pleasure of meeting him! His beautiful smile and deep belly laugh will never be forgotten! Rodney is survived by his brothers and sister, Richard Gregg of Sioux City, Jenneen (Gary) Lohse of Pierson, Michael (Julie) Gregg of Sioux City and Jeffrey (Cindie) Gregg of Sioux City; his children, Rodney (Cyndi) Gregg Jr. of Sioux City, Shawna Hasler of Sioux City, and Dustin Gregg of Sioux City; 11 grandchildren and nine great-grandchildren, whom he absolutely adored. He really enjoyed anytime he spent with his loving family. He was preceded into death by his father in 1990 his mother in 2019, and the love of his life, Linda Gregg in 2008. A celebration of his amazing life will be held at Cottonwood Convention Center located at 4402 Dakota Ave, South Sioux City, NE on Friday December 18, 2020, 5pm to 8pm. Masks are required.

Rodney D Gregg Sr, 76, of Sioux City, Iowa, passed on December 03, 2020 with his family by his side. Rodney was born on February 25, 1944 to Eugene and Genevive Gregg in Sioux City, IA. He attended Central High School before joining... View Obituary & Service Information

The family of Rodney Gregg Sr. created this Life Tributes page to make it easy to share your memories.

Send flowers to the Gregg family.