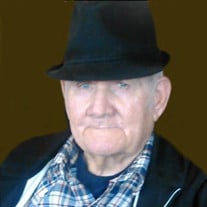 Robert M. "Bob" Bennett, 82, of Sioux City, died Tuesday, March 12, 2019, at his residence. A memorial service will be held at a later date. Christy-Smith Funeral Homes, Morningside Chapel, is assisting the family with arrangements. Robert "Bob" Bennett, the son of Francis and Myrtle (Johnson) Bennett, was born April 30, 1936, in Sioux City. He attended school in South Sioux City. Bob held various jobs in the area before going to Guarantee Roofing and Siding in 1964. He was employed there for 30 years until his retirement in 1994. On May 19, 2006, Bob was united in marriage with Marian Harrison in Dakota City, Neb. Bob loved to fish, also collect junk and tinker with it. Bob is survived by his wife, Marian Desmond Harrison Bennett, his daughter, Angie (Bruce) Harrison, and one grandson, all of Sioux City; and many other relatives and friends. He was preceded in death by his parents; brothers, George, Bill, Don, and Leslie Bennett; and sisters, Mary Jane Brewer and Dorothy.

The family of Robert M. "Bob" Bennett created this Life Tributes page to make it easy to share your memories.

Send flowers to the Bennett family.