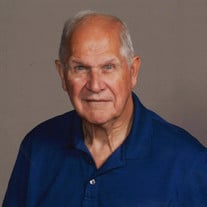 Richard W. (Rich) Ellison, 77, of Lawton passed away Thursday, February 20, 2020. Memorial Services will be held 7:00 p.m., Friday, February 28, 2020 at Redeemer Lutheran Church, 3204 So. Lakeport, Sioux City. Pastor Russell Senstad and Pastor David Zirpel will officiate. Visitation with family present will be 4:00 – 7:00 p.m., Friday, February 28 prior to the service. There will also be a time for fellowship immediately following the service. Rich requests casual attire for the service. Arrangements are under the direction of Christy-Smith Funeral Homes, Morningside Chapel. On-line condolences may be left at www.christysmith.com Rich was born April 8, 1942 in Sioux City, Iowa to Albert and Pearl (Stilwell) Ellison. He grew up on the family farm, graduating from Lawton High School in 1960. In 1960 he enlisted in the US Marine Corp and was honorably discharged in 1968 as a sergeant. On September 21, 1962 he was united in marriage to Dawn Peterson at Bethel Lutheran Church in Lawton. She preceded him in death on September 18, 2014. Rich was employed as a parts and service representative for Missouri Valley Machinery (CAT dealer) for nearly 20 years. During this time he also farmed evenings & weekends. After retiring from CAT, he began farming full time and driving school bus for the Lawton-Bronson School District, which he continued to do for 27 years. Upon his retirement from farming and the school district, he was employed as a driver for the Siouxland Blood Bank. Rich served as Dawn’s caregiver during her valiant fight with cancer. After her death he began his employment as a Funeral Assistant with Christy-Smith Funeral Homes. Rich’s hobbies (when time permitted) included traveling, hunting, fishing and working on his lawn. Time spent with his family was very important to him. He was an active member of Redeemer Lutheran Church, serving as an elder and usher for many years. He was also a member of the American Legion Post 718. Survivors include his 3 sons, Rick and Sue Ellison of Sioux City, IA, Kevin and Sunday Ellison of Gresham, OR, Chris Ellison of Gresham, OR. He is also survived by his very special friend Phyllis Meyer and her children Pati Meyer, Michael & Suzie (Meyer) Loghry all of Sioux City, IA; sisters-in-law, Sylvia Ellison and Darlene Tyler; brother-in-law, Darrel Peterson; 6 grandchildren; 1 great-grandchild. In addition to his wife Dawn, he was preceded in death by his parents, brother Garry, in-laws Arnold and Agnes (Kirk) Peterson and his four-legged buddy, Gizmo.

The family of Richard Warren Ellison created this Life Tributes page to make it easy to share your memories.

Send flowers to the Ellison family.