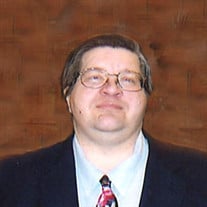 Randall Jerome Logsdon, 59, of Sioux City, died on March 31, 2019, at a local hospital. Services will be 10:30 a.m. Saturday at Morningside Chapel, Christy-Smith Funeral Homes. Burial will be in Memorial Park Cemetery. Visitation with the family will be 9:30 a.m. until service time Saturday at the funeral home. Randall Jerome Logsdon, the son of Conrad L. and Norma J. (Reifenrath) Logsdon, was born on Nov. 6, 1959, in Sioux City. He attended Sioux City Community Schools and graduated from West High School in 1978. Following graduation, he attended Iowa State University for one year. He then attended Western Iowa Tech Community College, where he received an associates degree in electronic engineering technology in May 1981, data processing in August 1985, and a degree in computer programming May 1986. After college, Randall moved to Las Vegas, Nev. for a year where he was a computer programmer for Aerospace Engineering. He then moved to Des Moines and worked as a computer programmer at Fiserv, The Financial Data Services Company for 30 years. Due to health reasons, Randall retired and two years ago he moved back to Sioux City. Randall was a life-long Miami Dolphins fan. He enjoyed spending time with his nieces and nephews. When he was younger, Randall liked to spend his time bowling, fishing, and playing cards. Randall had a good sense of humor and was always up for a good conversation. He continued to give to others with his decision to be a tissue donor to the Iowa Donor Network. Survivors include his brothers, Joseph (Beverly) Logsdon of Sioux City, and their children, Aliesha (Jason) Maddy, Janessa (Hank) Slawson, and grandniece, Zoey, Conrad A. (JoLynn) Logsdon of Sioux City, and their children, Alisha Logsdon, grandniece Averie, and Justin Logsdon, Gene (Debbie) Logsdon, of Sioux City, and their children, Lisa (Ben Prescott) Logsdon, Kevin (Kassie Rooney) Logsdon, and grandnephews, Colton, Keytin, and Mason, Jeff (Susan) Logsdon of Lawton, Iowa, and their children, Ethan (Ashley Atkinson) Logsdon, Rob (Lynsey) Logsdon, and Brett Logsdon, Paul Logsdon of Sioux City, and his children, Michelle Logsdon, and Madison Logsdon; along with numerous aunts, uncles, and cousins. Randall is preceded in death by his parents; and niece, Brittany Logsdon. Memorial can be made in Randall's name to the Iowa Donor Network.

The family of Randall Jerome Logsdon created this Life Tributes page to make it easy to share your memories.

Send flowers to the Logsdon family.