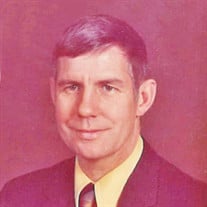 Peter F. Geeron, 89, of Sioux City, passed away Sunday, Feb. 10, 2019, at Holy Spirit Retirement Home under the care of Hospice. Services will be 11 a.m. Friday at Mater Dei Catholic Parish-Immaculate Conception Church. Burial will be in Calvary Cemetery. Visitation will be 10 a.m. until service time Friday at the church. Arrangements are under the direction of Morningside Chapel, Christy-Smith Funeral Homes. Peter was born in Hillsboro, N.D., on Oct. 2, 1929, to Sylvester and Anna M. Perius Geeron. He received his education in Grand Forks, N.D. After grade school, he went to Crosier Seminary in Minnesota for a year. When his parents moved to Sioux City, he graduated from Trinity High School. From there he went into the service. He served in Japan in the Signal Corps during the Korean War from 1950 to 1952. After his service, he graduated from Wayne State Teachers College. He moved back to Sioux City and went to work for the Polk selling advertising. Then later on, he went to work for Western Supply Co. until he retired. One of his favorite hobbies was art. He loved to paint and draw and gave his artwork to his friends and family. Peter's Catholic faith was most important in his life. He was very active in Opus Spiritus Sancti groups in Sioux City. Peter loved his family and had many friends. Peter is survived by his sister, Ann Topf and husband, Nick of Carroll, Iowa; nephew, James Topf of Isleton, Calif.; nieces, Teresa Ford and husband, Jay in Denison, Iowa, and Veronica Busch and husband, Chuck of Johnston, Iowa; grandnieces and nephews, Jo Ann Halverson and husband, Ryan of Mundlein, Ill., Michael Ford of Ankeny, Iowa, Melinda Busch of Ames, Iowa, and Austin Busch of Chicago, Ill.; special friend, Arlene; and many cousins. He was preceded in death by 2 brothers, Charles E. Geeron and Jeremiah "Jerry" Geeron.

The family of Peter F. Geeron created this Life Tributes page to make it easy to share your memories.

Send flowers to the Geeron family.