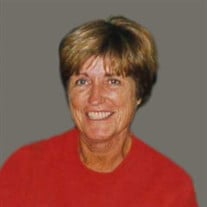 Mary Ellen Huisenga, 84 lifelong resident of Sioux City, Iowa died on Saturday, May 8, 2021, at Sunrise Retirement Community in Sioux City, Iowa. A Funeral service will be at 10:30 AM on Thursday at Church of the Nativity of Our Lord Jesus Christ of the Mater Dei Parish located at 4242 Natalia Way Sioux City, 51106 with the Father Andrew Galles officiating. The family will receive friends from 9:30 AM to 10:30 AM on Thursday, May 13, 2021, at Church of the Nativity, 4242 Natalia Way, Sioux City. Online condolences may be made to the family at www.christysmith.com. Mary was born March 19, 1937 in Sioux City, Iowa, to Charles and Lola (Aeck) Clark. She grew up in Sioux City and attended Sioux City Catholic Schools graduating from Bishop Heelan Catholic High School in 1955. She went to work for Northwestern Bell Telephone shortly after graduation. Mary married Jack Huisenga on Oct 6, 1962 in Sioux City at Saint Jean the Baptist Catholic Church in Sioux City. Mary and Jack had two children, Steve and Jill. Mary chose to stay home, raise her children, and take care of the family home. After the children were raised, she worked for Accents in the Mayfair Mall as a sales associate and bookkeeper. Mary loved spending time with friends and family, playing cards, cooking, playing tennis, golf and traveling. She loved to visit with everyone and made new friends easily and everywhere. Mary especially enjoyed attending all her grandchildren’s events while they were growing up. She never missed a single event. Mary was a volunteer serving on the board of the Carmelite Nuns Monastery and was a very active member of the Mater Dei Parish. Left to cherish her memory are her husband of 58 years, Jack Huisenga; son, Steve (Julie) Huisenga; daughter, Jill Huisenga; four grandchildren, Connor O'Brien, Cole Huisenga, Carley Huisenga, and Bronwyn Eastlick; and a sister, JoAnn Clark of Santa Barbara, CA. Mary was preceded in death by an infant son, Thomas Charles Huisenga; her parents, Charlie and Lola (Aeck) Clark; and a brother, Thomas Clark. In lieu of flowers the family requests memorials be directed to Hospice of Siouxland or the American Cancer Society.

Mary Ellen Huisenga, 84 lifelong resident of Sioux City, Iowa died on Saturday, May 8, 2021, at Sunrise Retirement Community in Sioux City, Iowa. A Funeral service will be at 10:30 AM on Thursday at Church of the Nativity of Our Lord... View Obituary & Service Information

The family of Mary Ellen Huisenga created this Life Tributes page to make it easy to share your memories.

Send flowers to the Huisenga family.