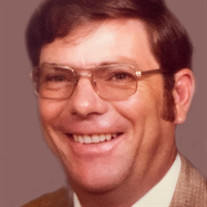 Martin J. Bosse, 79, formerly of Jefferson, SD, died Saturday, February 13, 2021, at Wakonda Heritage Manor in Wakonda, SD. Mass of Christian Burial will be 10:00 a.m., Saturday, February 20, 2021 at St. Peter’s Catholic Church in Jefferson, SD with visitation one hour prior. Christy-Smith Funeral Homes, Morningside Chapel is assisting the family with arrangements. Martin Joseph Bosse, the son of Martin and Margaret (Curran) Bosse was born January 11, 1942, Sioux City, IA. He graduated from Bishop Heelan High School in 1960. Martin then went to work for his father at Bosse Oil and later owned the company until 1998. On February 1, 1964, Martin was united in marriage with Virgene Mollet. He was a member of the 185th Air National Guard Unit from 1963 to 1969 and was called to Active Duty from 1968 to 1969. Martin was a member of St. Peter’s Catholic Church, the Knights of Columbus, and the Jefferson Chamber of Commerce. He enjoyed fishing and golfing. Martin is survived by his children, Theresa (Jeff) VerSteeg of Estherville, IA, Gregg (Lori) Bosse of Jefferson, Ann Truhe of Elk Point, Joseph (Jessica) Bosse of Meckling, SD; four grandchildren, Alicia, Haley, and Brady Bosse, Audrey (Noah) Matson; a great-granddaughter, Marlee Kohler; his former wife, Virgene Bosse; and a sister, Peg Dailey. He was preceded in death by his parents; a son-in-law, James Truhe; and a brother-in-law, Richard Dailey. The family has requested that memorials be directed to St. Peter’s Catholic Church in Jefferson.

The family of Martin Joseph Bosse created this Life Tributes page to make it easy to share your memories.

Send flowers to the Bosse family.