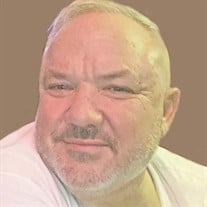 Mark S. Lofton, 53, of Lawton, IA, died Friday, April 30, 2021, in Grand Haven, MI. A visitation will be 4:00 pm to 7:00 pm Thursday, May 13, 2021, at Christy-Smith Funeral Homes, Morningside Chapel, 1801 Morningside Ave. A funeral service will be 2:00 pm Friday, May 14, 2021, at Christy-Smith Funeral Home. Online condolences can be expressed to the family at www.christysmith.com. Mark Shane Lofton, the son of Ray and Wilma (Winn) Lofton was born October 28, 1967, in Fayetteville, AR. In 1994, Mark was united in marriage with Cynthia Howard in Sioux City, IA. The couple moved to Sioux City in 1992. In 2006, Mark established ML Perfection Insulation, Inc. Cynthia died March 31, 2020. Mark was a member of the Kansas City Barbeque Society. He loved travelling around and competing in BBQ tournaments. Mark was also a very generous person, donating to many charities. Mark is survived by two sons, Brock and Blake, both of Lawton; a nephew, Ryan Lofton of Arkansas; and many other relatives and friends. He was preceded in death by his parents; wife; a daughter, Brittany; a son, Austin; and a brother, Ricky.

The family of Mark Lofton created this Life Tributes page to make it easy to share your memories.

Send flowers to the Lofton family.