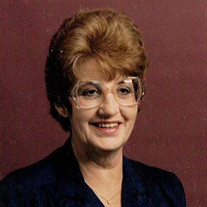 Margaret Josephine Schubauer, age 79, of Sioux City died Friday July 17, 2020 at Holy Spirit Retirement Home in Sioux City. Memorial services will be held at 11:00 a.m., Friday, July 24, 2020 at Morningside Chapel Christy-Smith Funeral Homes. Graveside services will be held at 1:00 p.m., Saturday, July 25, 2020 at Mount Hope Cemetery Wood Lake, Nebraska. Visitation will be held one hour prior to the service. Margaret was born in Valentine, Nebraska. She attended St. Mary’s School in Ainsworth, Nebraska thru her freshman year of school and then attended and graduated from Valentine Public Schools, graduating with the class of 1958. She lived in Valentine, Nebraska, and Homer, Nebraska before coming to Sioux City in the early 1990’s. She served as a health care worker in several different facilities in Sioux City. She was of the Catholic faith. She enjoyed going to the Center for Active Generations in Sioux City where she learned to paint landscapes. Margaret is survived by her children, Jerry (Mary) Schubauer of North Sioux City, S.D., Lawrence and Arelene (Schubauer) Simon of Sioux City, Lyle Schubauer of Granite City, IL., Max (Jill) Schubauer of Gibbon, NE., Kelly (Nikki) Schubauer of Plattsmouth, NE., Holly (Don) Verbeski of Sioux City, IA; Nine grandchildren; and 14 great-grandchildren. She was preceded in death by her parents, Bud and Virginia Wrage; and a brother-in-law, Don Riley.

The family of Maragret Josephine Schubauer created this Life Tributes page to make it easy to share your memories.

Send flowers to the Schubauer family.