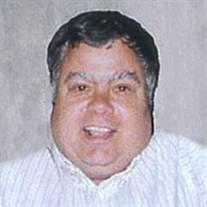 Lawrence C. Guillaume Jr., 74, died Sunday, June 13, 2021, at his residence in Sioux City, IA. A Memorial Service will be 12:00 pm Thursday, June 17, 2021, at Christy-Smith Funeral Homes, Larkin Chapel, 2320 Outer Drive North, with visitation one hour prior. The family has requested casual attire at the service. Online condolences can be expressed to the family at www.christysmith.com. Lawrence Clifford Guillaume Jr., the son of Lawrence Sr. and Violet (Kruithoff) Guillaume was born July 29, 1946, in Sioux City, IA. He graduated from Bishop Heelan Catholic High School in 1964 and went on to attend the University of South Dakota in Vermillion, SD. Lawrence enlisted in the U.S. Army in November of 1967 and served honorably until his discharge in June of 1969. On November 27, 1970, Lawrence was united in marriage with Patricia “Trish” Donovan. The couple had just celebrated 50 years together. Lawrence went to work for Godding Elevator company in 1970, and then later with Chance Elevator in 1973. In 1977, Lawrence was employed with Otis Elevator, and remained there until his retirement in 2009. Lawrence was a member of the International Union of Elevator Constructors. He also enjoyed building stock cars. Lawrence in survived by his wife, Trish; sons, Joel (Holly) and Matthew (Kim); grandchildren, Abby, Zane, and Jack; siblings, Doug (Elvera) Guillaume, Dennis (Nancy) Guillaume, Mary (Bob) Dejong, Dale Strawn, and Alan Guillaume; numerous nieces and nephews; and many other relatives and friends. He was preceded in death by his grandparents; parents; a brother, Timothy; and brothers-in-law, Bill Strawn and Tim Donovan.

The family of Lawrence Clifford Guillaume Jr created this Life Tributes page to make it easy to share your memories.

Send flowers to the Guillaume family.