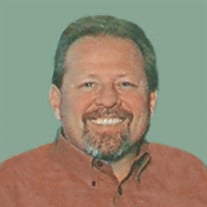 Larry Gene Nugent, 59 of Sioux City, Iowa died on Saturday, July 6, 2019, at University of Iowa Hospital in Iowa City, Iowa. A Memorial service will be at 7:00 PM on Friday at Christy-Smith Morningside Chapel located at 1801 Morningside... View Obituary & Service Information

The family of Larry Gene Nugent created this Life Tributes page to make it easy to share your memories.

Send flowers to the Nugent family.