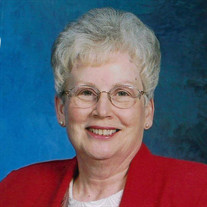 It is with great sadness that the family of Katherine Anne Trautman announces her passing. Kathie entered eternal life on January 3, 2021, at the age of 90, surrounded by her loved ones. Born November 23, 1930, in Evansville, IN, Kathie was the only child of Reverend Henry and Freida Held. Kathie’s formative years were shaped by her Midwestern roots, her religious upbringing, and world events such as WWII. Kathie’s father served as a chaplain in the war. After the service, and before Kathie entered high school, Revered Held was called to a pulpit in Sioux City, Iowa, where their family resided for many years. As a member of the honor society and voted May Queen and “Prettiest Girl in Class,” Kathie had an active social life at Central High School, where she graduated with the class of 1949. From an early age, Kathie was called to serve as a nurse. After high school graduation she matriculated to the nursing school at Deaconess Hospital in St. Louis, where she pursued her calling and forged lifelong friendships with several of her classmates. At 22, she graduated from nursing school and accepted her first job at St. Joe’s in Sioux City, where she met her soulmate, Charles (Chuck) Trautman. Theirs was a true love story. Chuck, a member of the Air Force, was stationed in Sioux City and spent his nights volunteering as an orderly at the hospital. Fate aligned when Kathie became friendly with a patient who was a matchmaker by profession. She would tell the patient how smitten she was with a handsome man who “didn’t know much about being an orderly but looked great in the uniform.” Chuck formed a friendship with the same patient and shared that he was infatuated by a beautiful nurse. Emboldened by the matchmaker, Chuck finally asked Kathie if he could give her a ride home. Their conversation started that day in the car and never stopped. She fell in love with his work ethic and loyalty to family. They were married shortly thereafter in 1953, in her father’s church. One year later, in 1954, their first son, Steven, was born. In 1957, they had a son, Todd, and in 1959, a daughter, Anne. Kathie spent this part of her life as a devout mother, wife, and member of the church and community. A self-proclaimed neat freak, she was a Den Mother, and a member of the PTA and PEO. Though Chuck and Kathie lived in various areas of Sioux City as the children grew, they remained active members of First Congregational Church. We would be remiss not to mention that Kathie was also a savvy bridge player, and she and Chuck spent most Saturday nights over the course of three decades with their bridge club. After her children were in school, Kathie worked at a preschool founded by Avril Merritt, who became a cherished, lifelong friend. In the 1980s, Chuck and Kathie moved to Lincoln, Nebraska, where she again forged a strong bond with her church community and served as a nurse for the Women Infant Children (WIC) program. Chuck passed in 1994, and Kathie found solace and strength in her family and church community. A few years later, Kathie moved back to Sioux City where she was reacquainted with Dick Morgan. Carrying her first love in her heart, she found love anew in a dear friend. In Dick, a chaplain with the Gospel Mission and also a widower, Kathie found a close, loving friendship that eventually led to marriage in November 2000. Her family grew with the addition of Dick’s four loving daughters. Kathie and Dick enjoyed their travel with the Mission and celebrated their anniversaries in Sioux Falls each year at Minerva’s, where Kathie could never resist a juicy steak. They relished sharing a piece of pie at Perkin’s and loved their visits to Orange City to see the tulips. A supporter and lover of the performing arts, Kathie enjoyed classical music and taking her grandkids to plays. She took pride in decorating for all the holidays. Kathie loved celebrating her birthday with a hearty portion of chocolate cake. She was a pillar of spirituality, and her faith in God never wavered. She was eventually certified as a lay minister in addition to serving on many church boards. She is survived by her husband, Dick Morgan; her children, Steve Trautman and his wife, Michelyn, of Omaha, NE, Todd Trautman and his wife, Martha, of Omaha, NE, and Anne Anderson and her late husband, Gene, of Sioux City; her grandchildren, Katy Hollenkamp and her husband, Schad, of Sioux City, Andrew Anderson and his wife, Mary, of Denver, Colorado, Abby Rickord and her husband, Ben, of Denver, Colorado, and Charlie and Joe Trautman of Omaha, NE; her great-grandchildren, Scarlett and Lola Hollenkamp and Henry Anderson; Dick’s daughters, Vicki Atkins and her husband, Jeff, of Sioux City, Terri Post and her husband, Dennis, of Sioux City, Kathi Ackerman and her husband, Les Lofgren of St. Bonifacius, Minnesota, and Nanci Morgan of Sanford, Florida. Preceded in death by her parents, Henry and Freida Held; her husband, Chuck Trautman; and son-in-law, Gene Anderson Jr. A thank you to Hospice of Siouxland. A celebration of life will be held in the Spring 2021. Memorials may be sent to Hospice of Siouxland or First Congregational Church.

It is with great sadness that the family of Katherine Anne Trautman announces her passing. Kathie entered eternal life on January 3, 2021, at the age of 90, surrounded by her loved ones. Born November 23, 1930, in Evansville, IN,... View Obituary & Service Information

The family of Katherine Anne Trautman created this Life Tributes page to make it easy to share your memories.

It is with great sadness that the family of Katherine Anne Trautman...

Send flowers to the Trautman family.