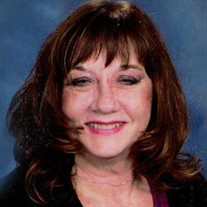 Joyce Ann Ohl, age 72, of Lennox, South Dakota, formerly of Sioux City died November 1, 2020 in Sioux Falls, South Dakota of complications from Covid 19. Joyce was born on January 18, 1948 in Waterloo, Iowa the daughter of Warren and Maxine (Burrow) Hemingson. She attended and graduated from Sioux City East High School. She was united in marriage with Rick Ohl on December 31, 1965. To this union three children were born, a son, Todd, daughter, Tammy and a daughter who passed away at birth, Angela. The couple later divorced. Joyce will always be remembered as someone who loved God and her family unconditionally. She loved being a grandma and enjoyed seeing her grandchildren grow into adulthood. Her home was the site of many sleepovers, games of hide and seek, building snowmen, and many other fun activities. Her love of family was equaled by her love of animals. Her pets became her kids as she grew older, and found it almost impossible to deny any stray animal that happened to wander onto her property. She had many other passions in life. She was devoted to fitness and taught many different fitness classes and dancing for most of her adult life. For decades she led the Sioux City Steppers Drill Team and also enjoyed playing in volleyball leagues. Additionally, she loved to travel and experience other parts of the country. Her trips included some international destinations as well. Her nickname, Paaka, was born of her little granddaughter’s mispronunciation of “grandma” and she proudly answered to that for her last 20 plus years. She will be greatly missed by her family and friends, but they are grateful that the suffering she endured in the last few years has ended and they know she is in a better place. She is survived by her son Todd Ohl and his wife, Julie of Dakota Dunes, South Dakota and her daughter Tammy Peterson of Sioux City. She is also survived by her four grandchildren, Bronwyn Ohl, Travis Ohl, Shyanne Peterson, and Aleigha Peterson; a sister, Janice Blair of Sioux City; and her brother, Dennis Hemingson and his wife, Diana of Spring Hill, Tennessee. Joyce was preceded in death by her parents; an infant daughter, Angela; and a Brother-in-law, John Blair. In Lieu of flowers, please make memorials to the family or Noah’s Hope Animal Rescue.

The family of Joyce Ann Ohl created this Life Tributes page to make it easy to share your memories.

Send flowers to the Ohl family.