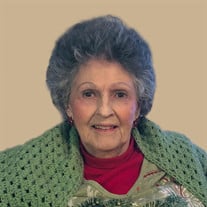 Johnene "Jeanie" Marie (Bogardus) Brownlee, Barrows, Derby, Hummel, 80, of Sioux City, grabbed her coat and got her hat and left her worries on the door step... and directed her feet to the sunny side of the street. Memorial services will be 3 p.m. Sunday at Morningside Chapel, Christy-Smith Funeral Homes. A private family interment will take place at a later date. Visitation will be 2 p.m. until service time Sunday at the fuenral home. Online condolences may be sent to www.christysmith.com. Jeanie was born on Nov. 20, 1938, in Sioux City, to Forest and Opal Bogardus. She was raised in the Steven's Addition of North Sioux City. At 2-years of age, she and her brother, Ronald, grew up on an acreage filled with flowers, gardens, animals big and small, and fruit trees in which she would be found at the very top of. It was there where she developed her love of nature and green thumb that was awed by all. She married four times and always said, "I'm trying to get it just right." To her first was born James (Jim) Brownlee. Her second, Linda and Roben Barrows. Her third Cory Derby. She loved them all deeply and said into those unions she bore four precious babies, in which she worked very hard to support. She worked various jobs throughout Siouxland, all of which she served and nurtured people. She worked as a waitress, cook, bartender, housekeeper and day care provider. She found her niche in day care, raising and loving those children as if they were her own. Her son, Roben Barrows, at the age of 10, was tragically taken from her by drowning in the Perry Creek near their home. This, along with Alzheimer's Disease, took away her lust for life in many ways. She battled several health issues over the last 25 years of her life, the last being Alzheimer's Disease. She moved from her home of 45 years to spend the last three years with her daughter. With the help of Bob Sorensen, they created a wonderfully comfortable living space in which she could enjoy, along with her dogs, Trixie and Jenny. Her perseverance and belief in the Lord sustained her to the end. She was known as the "Miracle Mom." She had a passion for gardening, cooking, crafting and sewing. She loved craft show hopping with her bestie, Sidney. She was loving, caring and loved by all who entered her life. She will be lovingly remembered by her children, James (Jim) Brownlee, Linda Johnson, Cory Derby and his wife, Bridget Berger; adopted son, Jeff Henry and family; grandchildren, Zach, Zoey, and Melissa; great-grandchildren, Alex and Alexis; and her family from Recover Health, Julie, Deanna, Alix, Mackenzie, Jennifer and her "sis" Carolyn. She was preceded in death by her parents, Forest and Opal Bogardus; brother, Ronald; son, Roben; nephew, Romand; and daughter-in-law, Delores "Dee" Brownlee. Many thanks to Hospice of Siouxland, who cared for her the last 12 days of her life. And to those who comforted her at the end of her life, Mary Feddersen, Rhonda Capron, Barb and Robin Small, Sidney Woolworth, Roger and Shery Roupe, Shannon Stewart, Deanna Brown, Danielle Prince, Sandy Butcher and Carolyn Brown. In lieu of flowers, the family has requested memorials.

Johnene "Jeanie" Marie (Bogardus) Brownlee, Barrows, Derby, Hummel, 80, of Sioux City, grabbed her coat and got her hat and left her worries on the door step... and directed her feet to the sunny side of the street. Memorial services... View Obituary & Service Information

The family of Johnene "Jeanie" Derby created this Life Tributes page to make it easy to share your memories.

Send flowers to the Derby family.