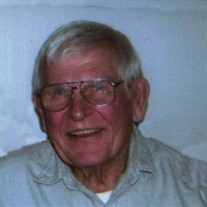 John Tillo, 89, of Sioux City, passed away in his sleep on Feb. 26, 2019. Memorial services will be 6 p.m. Friday at Larkin Chapel, Christy-Smith Funeral Homes, 2320 Outer Drive North, in Sioux City. Visitation will begin at 4 p.m. Friday, with the family present at 5 p.m. and a luncheon to follow at the conclusion of the service, at the funeral home. John was a casual kind of man, so the family requests you dress casually for the service. If you have any Iowa State gear join the family in dressing in your cardinal and gold. Born and raised in Sioux City, John excelled in school, life, and sports. His high school yearbook at East High called him an "all-star in life as well as football," as he not only lettered in football but was the honorary captain, MVP, all-city, and all-state. John was offered a scholarship and attended ISU from 1948 to 1951. His hard work and dedication impressed everyone and his accolades were plentiful, including second-team all-conference. After graduating from Iowa State in 1951, John reported to Parris Island, S.C. for the U.S. Marine Corps Officer Candidate School. Through his grit and fortitude, he earned his commission and was sworn-in as a second lieutenant on Sept. 7, 1951. During his two year active duty service, he trained at Quantico, Va., and Camp Pendleton, Calif. John continued to play football for the Marine teams as well. After pinning-on the rank of captain, John transitioned to the Marine Corps Reserves, of which he served until 1960. John began teaching and coaching in 1953 in Mapleton, Iowa, where he taught junior high P.E. and coached football and basketball. He met and eventually married his wife, Mary Ann Staszewsky, on June 13, 1954. He continued teaching and coaching in Sergeant Bluff and Sheldon, Iowa, until he took a break and relocated his growing family to Fort Dodge, Iowa as well as Sioux Falls, S.D. At the time, John was selling pharmaceutical supplies for Lederle and Pfizer, until his return to teaching and coaching in Sioux City at North Junior and West High. He retired after 30 years as an educator in 1992. In retirement, John was always active, doing crosswords and Jumbles, and exercising. He loved attending his grandchildren's activities and athletics, and will be remembered cheering them on at every one of their games. John's wife of 55 years passed away in 2006. He spent his remaining years in Sioux City while taking a brief hiatus to live with his daughter, Kathy and her husband, Paul in Green Bay, Wis. He will be remembered for his kind nature, his singing, his warm and friendly smile, and his strong-willed mentality. John will also be remembered for the positive impact he had on his students, athletes, friends, and family. He is survived by his brother, Bill; his daughter, Dr. Kathryn Tillo; his sons, John (Kris), Vince (Susan), Ted (Leigh), and Joe; his grandchildren, John (Sophia), Jennifer (Nick), Mike (Anya), Nick (Julia), Daniel, Alex, Lindsi, Conner, and Anna; great-grandchildren, William, Gabrielle, Hailey, Ivy, Wesley, Camden, Tommy, and Vivienne; plus numerous nieces and nephews. John was preceded in death by his wife, Mary Ann; his parents, Joe and Anna; his brother, Ed; son-in-law, Dr. Paul Otto; several brothers and sisters-in-law; and aunts and uncles. A special thank you to Dr. Jeffrey Kellogg and the staff at Holy Spirit Nursing Home and Northern Hills Assisted Living for their care and compassion to John. Due to John's love of family and athletics, memorials will be given to the North High School Baseball Program where he spent numerous hours cheering on his sons and grandsons alike.

The family of John Tillo created this Life Tributes page to make it easy to share your memories.

Send flowers to the Tillo family.