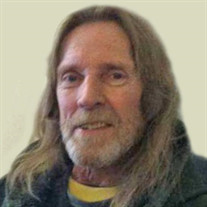 John Joseph Sloan, 63, of Sioux City, died on July 6, 2018 at his residence. Visitation with the family will be 4 to 7 p.m. Friday at Larkin Chapel, Christy-Smith Funeral Homes, Outer Drive, in Sioux City. John was born on April 6, 1955, at what was then called the Cherokee Hospital. John spent his preschool years living in Washta, Iowa, before moving with his family to Sioux City. He attended school, graduating from North High School in 1973. John lived and worked the rest of his life in Sioux City, taking particular pride in more than 30 years of sobriety as well as in more than 30 years of employment with L & L Builders. He was regarded as a highly skilled carpenter and an excellent employee in addition to being considered a supportive, dependable friend to those with whom he worked. John’s skill, friendliness, and dependability enabled his family to take advantage of all of those traits plus a multiplicity of other skills and characteristics he shared with them without reservation. They hope he felt repaid with the love they held for him. John is survived by his only son, John Paul Joseph Sloan of Le Mars, Iowa; his four-year-old granddaughter, Gwendolyn Grace Lillian Sloan; Gwendolyn's mother, Kim Mayberry; his brother, William Sloan and wife, Ricke of Sioux City; his sister Darlene Greeny of Arlington, Va. and a nephew, Eric Greeny and his children; his brother, Dewey Sloan and wife, Diane of Sioux City and a nephew, Dewey Sloan Jr. and his wife, Kathy, and their adult children, Chasie and Blair. John was preceded in death by his father, Paul F. Sloan; and mother, Donna L. Sloan. The family requests that, in lieu of flowers, donations be made in John's name to the Sioux City Animal Shelter, the Humane Society, or Noah's Hope.

John Joseph Sloan, 63, of Sioux City, died on July 6, 2018 at his residence. Visitation with the family will be 4 to 7 p.m. Friday at Larkin Chapel, Christy-Smith Funeral Homes, Outer Drive, in Sioux City. John was born on April... View Obituary & Service Information

The family of John Joseph Sloan created this Life Tributes page to make it easy to share your memories.

Send flowers to the Sloan family.