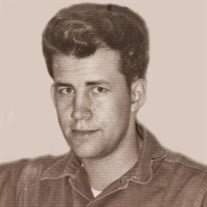 John B. Priestley of Sioux City, IA passed away on May 21, 2021. Christy-Smith Funeral Homes, Morningside Chapel is in charge of the arrangements. The funeral services will be private. John was born on November 28, 1944, in Huntington, West Virginia. As a young man, he left his hometown to serve the country he loved in the United States Air Force and was stationed at the airbase in Sioux City, Iowa. During his time in Sioux City, he met his spouse Jacqueline who he married following his service overseas at Okinawa. After retiring from military service, John joined the US West phone company where he rose in ranks to management. Following a successful career, John returned to his passion of serving his country by helping the Veterans of Woodbury County. John was appointed as Director of the Commission of Veterans Affairs by the Woodbury County Board of Supervisors in 1994. During his 17 years of service, John worked tirelessly to ensure that the Veterans of Woodbury County were served by their government. He was very knowledgeable about the benefits that Veterans are entitled. He was a proud member of the National Association of County Veterans Service Officers where he served in numerous capacities. He was also a member of the American Legion, the VFW, and the Woodbury County Farm Bureau. In John’s spare time, he loved spending time with his wife, Jacqueline, and his wonderful grandchildren who brought him great joy. John enjoyed playing rounds of golf with his friends as well as motorsports. For over 20 years, John worked as a photographer at Park Jefferson Speedway in Jefferson, SD. He often made his family nervous when he would stand out in the infield of the race track and snap photos of the fast-moving race cars. John also loved boating and spending much of his free time in the summer out on his boat. He was a member of the Coast Guard Auxiliary and would patrol around the Missouri River serving his community. John was also a parishioner at Mater Dei Parish Nativity Catholic Church and member of the Nativity Men’s Club. John is survived by his loving family including his wife, Jacqueline; three children and their spouses, Jeff (Sheila), Mike (Brooke), and Danny; four grandchildren; two sisters, Ruth Ann Haller and Karen Wingo (Chester); brother, Leonard Priestley (Cheryl); father-in-law, Francis Foley; sister-in-law, Katie Loraditch (Rene); and nephew, Robby Loraditch. John was preceded in death by his parents, Leonard J. Priestley and Irene H. Priestley.

John B. Priestley of Sioux City, IA passed away on May 21, 2021. Christy-Smith Funeral Homes, Morningside Chapel is in charge of the arrangements. The funeral services will be private. John was born on November 28, 1944, in... View Obituary & Service Information

The family of John B. Priestley created this Life Tributes page to make it easy to share your memories.

Send flowers to the Priestley family.