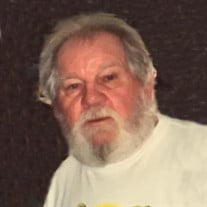 Jerry M. Ofert, 84, of Hinton IA passed away on Wednesday, September 15 at Unity Point, St. Luke's in Sioux City, IA. A celebration of life will be held on Saturday, September 25 at Christy-Smith Funeral Homes, Larkin Chapel, located at 2320 Outer Drive North, Sioux City, IA. Visitation will be from 10:00 am to 11:00 am. Memorial service will be at 11:00 am Online condolences can be made at christysmith.com. He was born in Rulka, Lithuania on April 20, 1937, the son of Anton and Anna Ofert. The Anton Ofert family immigrated to America. They arrived at Ellis Island, NY on May 13, 1952. His birth name in Lithuania was Adolf Ofert which he changed to Jerry in 1958 typical of immigrants of the time. Jerry joined the U.S. Army and served from 1955-1961. He was proud of his military service. Jerry was united in marriage to Susan Ranschau on April 21, 1969, to this union 3 children were born, Michael, Matt, and Nadine. Later in life they parted ways. Jerry was later united in marriage to Mary Ellsworth on December 25, 1995. They enjoyed traveling and going to car shows until her death. Jerry was a trailer mechanic and painted trailers for Marx Trailers from 1968 until his retirement. He was known as Jerry “The Painter.” He had a love for 50’s music and enjoyed collecting and rebuilding cars and trucks, especially Ford F-100’s of that era. He was a member of several car clubs and had a 1956 Ford F-100 that he showed and was very proud of. Jerry is survived by sons, Michael of Moville, IA, Matt of Summerville, South Carolina; daughter, Nadine of Yankton, SD; 2 sisters, Marie Hersey of West Columbia, SC, Therese Snodgrass of Greensbro, NC; special friends Jeff and Julie Zettel of Merrill, IA; 10 grandchildren, Michaele Jo, Joceyln, Jake, Lillian, Wyatt, Ava, Reesen, Eva, Madison, Cade; and several great-grandchildren. Jerry is preceded in death by his parents; 2 brother, Paul and Peter; sister, Gertrude, ex-wife, Susan; and wife Mary.

The family of Jerry M. Ofert created this Life Tributes page to make it easy to share your memories.

Send flowers to the Ofert family.