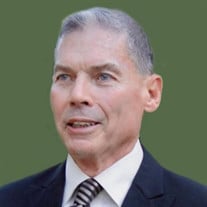 James W. Boyd, 79, died Friday, December 18, 2020, in Sioux City, IA. A memorial service will be 6:00 pm Tuesday, December 22, 2020, at Christy-Smith Funeral Homes, Morningside Chapel, 1801 Morningside Ave., with visitation one hour prior. The family is requiring that masks be worn and social distancing be observed during the visitation and service. James (Jim) Wilson Boyd, the son of Lester and Marcia (Wilson) Boyd was born February 28, 1941, in Alton, IL. He earned a Bachelor’s degree in 1964 in both Business and Psychology from the University of Iowa. In 1967, he went to Flight School in Billings, MT, and later, flew commercial aircraft for United Airlines for 16 years. Jim was a proud member of the Aircraft Owners and Pilots Association, as well as the Airline Pilots Association. His love of flying was so profound that he owned several private planes at various times and found much joy in flying his family into small-town airports for “Breakfast Fly-ins”, as he called them. He accumulated over 25,000 flight hours over the years and retired at the rank of Captain in 2001. Jim would have continued flying until his last days, but unfortunately, due to health related issues, that chapter of his life came to a close in 2013. In addition to his passion for flying he was a long-time property owner and real estate entrepreneur. Spanning a 40 year period, he owned/rented over 500 units. At the height of his real estate career, he owned more than 200 houses at one time. Jim became an accomplished carpenter, sider, roofer and could build or repair almost anything in a house. Jim is survived by his daughters, Julianne Boyd and Jennifer (Richard) Boyle, all of Sioux City; grandchildren, Alexander (Analisa) D’Amato, Dr. Alison D’Amato, Raymond Boyle, Dannon Simmons, and Candice Mahler; a great-grandchild, Jett Simmons; siblings, Kenneth (Carol) Boyd of Door County, WI and Carolyne (Gene) Dougherty of Ottawa, IL; and many other relatives and friends. He was preceded in death by his parents, and the mother of his daughters, Mary Errett. The family has requested that memorials be directed to the Sioux City Humane Society.

The family of James Wilson Boyd created this Life Tributes page to make it easy to share your memories.

Send flowers to the Boyd family.