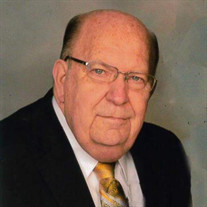 Gordon Ray Quitt, 75, of Sioux City passed away peacefully on Monday, May 23, 2022. Services will be at 10:30 am on Friday, May 27 at Morningside Assembly of God Church, with burial at Spring Valley Cemetery in Moorhead, IA at 2:00pm. Visitation will be at Christy Smith Funeral Home Morningside from 4:00-7:30 on Thursday. Gordon (Gordy), the only child of Ray and Lucile (Lamb) Quitt was born on October 27, 1946 in Onawa. He grew up in Moorhead and graduated from East Monona in 1965. That fall he went to Nebraska Christian College in Norfolk, and graduated in 1969 with a pastoral degree. He became an ordained minister and led congregations in Denison, Mondamin, Anita, Akron, and LeMars. In 1970, Gordon started working with the Neighborhood Youth Corp. In 1973, he became director for the CETA program. He then served as Job Placement Director and Safety Director for 14 of Goodwill’s locations. When the ADA was signed into law, Gordon became a certified assessor, helping schools and businesses become handicap accessible. He served on the IA Rehab. Assoc. Board, and was a member of the Nat’l Rehab. Assoc. Board. In 1996, Gordon was elected Nat’l President of the Job Placement Div. of NRA. These offices gave Gordon an opportunity to travel to nearly every state conducting seminars. He’s listed in the 1998 Who’s Who in America. In more recent years, he was in sales at Younkers, Fashion Floors, and Everett’s Furniture. On June 11, 1967, Gordon and Nancy Wakehouse of Moorhead were married at the Moorhead Christian Church. Gordon and Nancy have lived in Sioux City since 1972. Both their children, Spencer and Cammie, were born and raised here. He has 3 grandchildren, Milik, Mikalla, and Micah. Family get togethers and holidays meant the world to him. Gordon enjoyed any opportunity he could get to be socializing with friends and family. He loved to tell stories. His hobbies included mushroom hunting, deer and pheasant hunting, attending Christian and Country concerts, traveling with family and friends, and following sports, especially baseball. He never missed a chance to see one of his kids or grandkids events. He had a love for gospel music. A man of faith, he has always been active in church and was currently a member of Morningside Assembly of God. Gordon is survived by his loving and faithful wife of 54+ years, Nancy, son Spencer (Laura) Quitt, daughter Cammie, and 3 grandchildren all of Sioux City. He was preceded in death by his parents.

Gordon Ray Quitt, 75, of Sioux City passed away peacefully on Monday, May 23, 2022. Services will be at 10:30 am on Friday, May 27 at Morningside Assembly of God Church, with burial at Spring Valley Cemetery in Moorhead, IA at 2:00pm.... View Obituary & Service Information

The family of Gordon Ray Quitt created this Life Tributes page to make it easy to share your memories.

Gordon Ray Quitt, 75, of Sioux City passed away peacefully on...

Send flowers to the Quitt family.