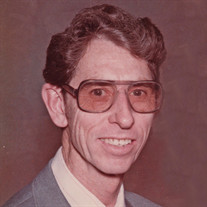 Frank Earl Moffatt, 91, of Sioux City, died Sunday, July 8, 2018, at a local care facility. Services will be 1 p.m. Thursday at Morningside Chapel, Christy-Smith Funeral Homes, with Mr. Keith Miller officiating. Interment will be held at a later date. Visitation with the family will be noon until service time at the funeral home. Frank was born in Westfield, Iowa, on March 10, 1927, the son of Christy and Esther (Boyd) Moffatt. He attended Westfield schools and graduated with the class of 1944. He served his country during the Korean War as a member of the U.S. Army. He was united in marriage with Aletha "Kay" Thayer on Feb. 3, 1956 in Akron, Iowa. The couple moved to Sioux City in 1959. He worked at Flavorland Packing from 1961 to 1972, then worked at Beef America in Le Mars, Iowa for 14 years. After Beef America, he began delivering motor homes for eight years and finished his working career at Service Master of Siouxland at the age of 83. Frank was a former volunteer for the American Red Cross. He served as a volunteer in 1993 for the Iowa Department of Natural Resources in checking gas prices in the area. He also received an award in 1992 for being an volunteer for Continuing of Country and Bluegrass music. He was a member of the Church of Christ for more than 50 years. His hobbies included playing his guitar, fishing, camping and listening to country music. He was a wonderful husband, father, and grandfather. He really enjoyed catering to the needs of his grandchildren. He is survived by his wife of 62 years, Kay of Sioux City; his daughter, Evelyn Simmons of Tabor, S.D.; his six grandchildren; 12 great-grandchildren; as well as numerous nieces, nephews, and cousins. Frank was preceded in death by his parents; a son, Greg Moffatt; two brothers; and one sister.

The family of Frank Earl Moffatt created this Life Tributes page to make it easy to share your memories.

Send flowers to the Moffatt family.