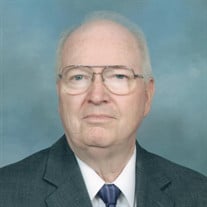 Gordon Berry of Sioux City, IA passed away before sunrise on Friday, May 27. A Visitation will be 2:00 pm to 5:00 pm Saturday, June 18, 2022, at Christy-Smith Funeral Homes, Morningside Chapel, 1801 Morningside Ave., with a Memorial Service at 3:00 pm that day. Gordon was born November 1, 1940, in Dexter, Missouri, he grew up in Murphysboro, Illinois. His father, Samuel Elmer Berry, was killed in a railway accident in 1953. His mother, Ruth Kerr Berry, died in 2003. He married Mary Nisbet, of Ava, Illinois June 10, 1961. Dr. Mary Nisbet Berry passed away in 2008. Gordon received his Bachelor of Science degree from Southern Illinois University, followed by a Master of Arts from Temple University in Philadelphia, Pa. He worked at television stations in Philadelphia, followed by employment at the University of Alabama as TV studio production manager. This was followed by an appointment as Instructor in Speech and Mass Communication at Miami University of Oxford, Ohio. He received a research fellowship, then an academic appointment as he studied for his Ph.D. in Instructional Systems Technology at Indiana University in Bloomington, Indiana. In 1971, Gordon received an appointment as Assistant Professor of Mass Communications at Central Missouri State University in Warrensburg, Mo. While there, he helped lay the groundwork for a public television station for the mid-Missouri area. Gordon and Mary moved to Omaha, where he went into a position as Regional Manager for professional video equipment sales, as the early portable television cameras were coming to market. Later, at the beginning of the personal computer era, he opened a computer sales and service storefront in Papillion, Nebraska. After closing his business, he moved to Sioux City to join his wife who was working at Western Hills Area Education Agency. Both became members of Grace United Methodist Church. After working ten years at the AEA, he joined his wife in retirement. Gordon had a lifelong interest in aviation, becoming a private pilot with instrument rating, and being a member of several flying clubs. He became a Mason in 1978, and enjoyed several years participating in Omaha’s Tangier Flying Fez unit. In Sioux City, he was a Past Master, then Secretary, for Morningside Masonic Lodge #615, and Past President, then Secretary of High Twelve Masonic Founder’s Club No. 1 of Sioux City. He maintained several web sites, including whystudymoney.com and gordonslogic.com. He was preceded in death by his Mother and Father; his older brothers, Samuel N. Berry and Benton Kerwin Berry; and his wife, Mary Nisbet Berry. He is survived by his sister, Marilyn Grigsby of Avondale, AZ; a son, Thomas Allen Berry and Jennifer Jones, and Grandson Michael Thomas Berry of Papillion, Ne. In lieu of flowers, donations may be made to Friends of Latham Park, 1915 So. Lemon St, Sioux City, IA 51106.

Gordon Berry of Sioux City, IA passed away before sunrise on Friday, May 27. A Visitation will be 2:00 pm to 5:00 pm Saturday, June 18, 2022, at Christy-Smith Funeral Homes, Morningside Chapel, 1801 Morningside Ave., with a Memorial... View Obituary & Service Information

The family of Francis Gordon Berry Ph D. created this Life Tributes page to make it easy to share your memories.

Gordon Berry of Sioux City, IA passed away before sunrise on...

Send flowers to the Berry family.