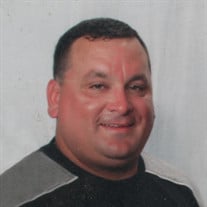 Duane Travis (T-MO) Mordhorst, age 53, of Sioux City died unexpectedly on Saturday January 1, 2022 at a local hospital. Funeral services will be held at 10:30 a.m., Saturday, January 8, 2022 at Christy-Smith Funeral Homes, Morningside Chapel with interment following in Grant Township Cemetery near Rodney, Iowa. Visitation will be held from 9:00 a.m. until service time on Saturday at the funeral home. Travis was born in Sioux City, Iowa on November 22, 1968. He attended Sioux City Community Schools and attended Sioux City North High School where he played football and basketball. He graduated with the class of 1987. He was a lifelong resident of Sioux City. Travis formerly worked for the Iowa Department of Transportation, worked for DGR Surveyor, and had worked for the past 20 years with his father as a survey technician. He was an avid sports fan who always told his family he was the best athlete in the family. He was a HUGE fan of the Kansas City Chiefs, the Houston Astros, and the Iowa Hawkeyes. Through the years, Travis enjoyed listening to music and the company of his pets. He cared deeply for his family and his dog, Molly. He is survived by his father, Doug and step-mother, Darla of Sioux City; his dad, Dan Gomez and his step-mother, Sylvia Gomez of Sioux City. He is also survived by his brother, Daniel Troy Mordhorst of Sioux City; his sisters, Amy Mordhorst-Phipps and her husband, David of Omaha, Mysti Gomez of Arlington, Texas, and Monique Gomez of Arlington, Texas, along with many nieces, nephews, cousins, and friends. Travis also had a special friend, Stacy Clay. He was preceded in death by his mother, Lucinda Mordhorst; his maternal and paternal grandparents; a foster sister, Barb Brewer; uncles, Larry Mordhorst, Duane Gomez, and Pat Hansel; aunt, Sharon Hansel; and his dog, Haywood.

The family of Duane Travis Mordhorst created this Life Tributes page to make it easy to share your memories.

Send flowers to the Mordhorst family.