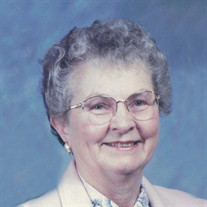 Dorothy Joann Pithan, 90 of Sioux City, Iowa died on Saturday, August 8, 2020, at Sunrise Retirement Community in Sioux City, Iowa. A Funeral service will be at 11:00 a.m. on Friday at Southern Hills Baptist Church located at 4301 Old Lakeport Road Sioux City, Iowa 51106 with the Rev. Bob Dillman officiating. Interment will be in Memorial Park Cemetery, Sioux City, IA. Public visitation will begin at 4:00 p.m. to 7:00 p.m. and the family will be present from 5:00 p.m. to 7:00 p.m. on Thursday, August 13, 2020, at Christy-Smith Morningside Chapel, 1801 Morningside Ave., Sioux City, Iowa. In lieu of flowers Memorial contributions may be sent to Hospice of Siouxland 309 Cook St. Sioux City, IA 51103 or Southern Hills Baptist Church 4301 Old Lakeport Rd Sioux City, IA 51106. Online condolences may be made to the family at www.christysmith.com Joann was born October 8, 1929 near Aurelia, Iowa on the family farm to Herbert and Gladys (Lane) Will. She attended all the grades at Aurelia school. Living on the farm Joann did her regular chores and even drove tractor on occasions, as a farm girl, she had her pet animals; "Teddy" her dog, twin lambs, and "Cookie" her pet calf. Joann became a baton twirler at an early age and continued twirling with the Aurelia band as she also played the clarinet. Joann was active in F.H. A. (Future Homemakers of America) serving as a delegate in her Junior year and servings as President during her Senior year. Joann was also the Homecoming Queen her Senior year. Joann graduated from Aurelia High School in 1947. After high school she continued her education at Morningside College where she met George Pithan her future husband. Joann married George on May 29, 1949 in Aurelia, IA. Joann was a great homebody until their daughter Becky was in the sixth grade. She started her career with the Sioux City Public School System retiring in 1987. Her job did not keep her from volunteering. Joann assisted with AWANA, Boy Scouts, helped George with Little League and with other church functions, especially the church library. In her spare time, she enjoyed working in her flower garden. Joann was a loving Christian and spent time loving the Lord with her prayers. As busy as her life was, she always had time for her three children: Joe, Merle and Becky. We thank the Lord for giving us a loving family and especially for our 71 years of marriage together. She was a member of Southern Hills Baptist Church. Surviving are her husband, George of Sioux City; sons, Joseph Allan (Carol) Pithan of Sloan, IA and Merle Dean (Terri) Pithan of Sioux City, IA; 8 grandchildren; 18 great-grandchildren. She was predeceased by her parents; son, Robert James Pithan; daughter, Becky Ann Amick; brother, Dean Will; sister, Marian Reilly.

The family of Dorothy Pithan created this Life Tributes page to make it easy to share your memories.

Send flowers to the Pithan family.