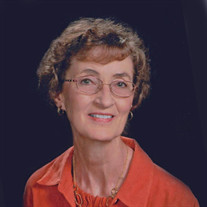 Dorothy M. “Dottie” Erwin, 83, died Thursday, April 21, 2022, at Unity Point-St. Luke’s Medical Center in Sioux City, IA. A Memorial Service will be 6:00 pm Tuesday, April 26, 2022, at Central Baptist Church with visitation one hour prior. A private burial will take place at a later date in Memorial Park Cemetery. Christy-Smith Funeral Homes, Morningside Chapel, is assisting the family with arrangements. Online condolences may be expressed to the family at www.christysmith.com. Those who may not have been able to attend the service can view the recorded service at https://nam12.safelinks.protection.outlook.com/?url=https%3A%2F%2Fcbcsiouxcity-my.sharepoint.com%2F%3Av%3A%2Fg%2Fpersonal%2Fcj_barnett_centralsc_church%2FEUOw_Yfy2w1Fm25z8zBFC2IBfB9aw2QwdMPupBNcJcuuBA%3Fe%3DEmpznO&data=05%7C01%7C%7Cb215d71eea2c4171df8f08da289b9559%7C84df9e7fe9f640afb435aaaaaaaaaaaa%7C1%7C0%7C637866945935222733%7CUnknown%7CTWFpbGZsb3d8eyJWIjoiMC4wLjAwMDAiLCJQIjoiV2luMzIiLCJBTiI6Ik1haWwiLCJXVCI6Mn0%3D%7C3000%7C%7C%7C&sdata=74ytjankETr4MIVgq0FvURgGBFafDc4WVFhNNku3iUM%3D&reserved=0 Dorothy May Wiese, the daughter of Warren and Darlene (Williams) Wiese was born November 13, 1938, in Quincy, IL. She graduated from Central High School in Sioux City in 1956. Dottie went on to the Nebraska Methodist School of Nursing, obtaining an RN degree in 1959. On September 27, 1959, Dorothy was united in marriage with Wylie Erwin at Central Baptist Church in Sioux City. She was employed at St. Luke’s Medical Center as an RN and also provided home health care. A large portion of her life was devoted to being a mother and homemaker. Wylie died October 23, 2016. Dorothy attended Bethel Baptist and Central Baptist over the years. She enjoyed Garden Club, a book club, Red Hat Society and coffee groups with precious friends. She was devoted to Jesus through participating and teaching many Bible studies, neighborhood summer kids programs of the past, Christian Women’s Club and serving in any capacity needed at church. Her love of God and family were her strength. Dorothy is survived by her children, Scott (Marni) Erwin of Nixa, MO, Bob (Shelley) Erwin of Sioux City, Jill (Todd) Carlson of Rochester Hills, MI, Dan (Amy) Erwin of South Sioux City, NE; seven grandchildren; seven great-grandchildren; a sister, Marian (Richard) Carlson of Monticello, MN; and many other relatives and friends. She was preceded in death by her parents; husband; a granddaughter, Rylee Erwin; and an aunt, Dorothy Lou Tweed.

Send flowers to the Erwin family.