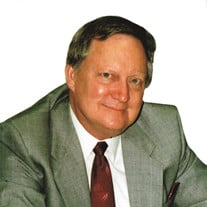 Donald O. Stevenson, 87, of Hinton, entered the Heavenly Gates on September 30th, 2020. We were not ready for him to go yet but are filled with wonderful memories. Services will be held at Christy-Smith Funeral Home, Morningside Chapel, in Sioux City, 7 pm, Oct. 15th. Visitation will be from 2-7 with the family present from 5-7. A private burial will follow on Friday, Oct. 16th. Online condolences may be left at www.christysmith.com Don grew up in Southeast Iowa, hailing from Albia. He was born on July 18th, 1933, to Donald G and Vera J Stevenson and was an only child. He was the son of coal miners and knew what hard work was. Don spent much of his early years at his Grandma Elizabeth’s house, fostering a lifelong brother/sister relationship with his Aunt Betty, who was 6 months his junior. Sunday dinners with family were a memory he cherished so much during those times. At the age of 18, Don moved to Westmar College, Le Mars, IA to pursue a teaching degree. He met the love of his life, Jean Darville, and was quickly married in July 1953. They moved to Merrill, IA and spent many fun years with friends and family. Don also found time to serve his country in the Army from 1955-57. His first job was in Merrill, IA as a teacher, but soon, he knew teaching wasn’t for him. He accepted a job at the Airbase in Sioux City, and a few years later at the City of Sioux City as a data processor. He helped implement one of the first data processing sites in Iowa. This prompted a move to Sioux City. Don was always working, either at his second job at a grocery store, or in his yard or garden. He wanted the best for his family. After serving the city for 18 years, he went to the Sioux City Schools where he worked for 16.5 years as a CFO. Don’s other love was Lake Okoboji, where he and Jean bought a cabin in the Methodist Camp in 1979. It was their home away from home to relax in. One of his greatest achievements at the camp was to help create a Cooperative in the early '90s to save the Methodist Camp which had fallen on hard times. The church nearly had to sell out the camp to developers who were going to tear down houses and take lake access away from residents. The coop was created and was able to fund the church and the buyout was averted. It was called Monarch Cove, and Don was really proud of it. Don and Jean shared many good times at the lake with friends and maintained lifelong friendships. He was one of the most loyal and loving men you could ever know. Don always enjoyed his hunting dogs and was particularly fond of Jasper and Blair. In 1992, Don elected to retire from his job and became the full-time caregiver of his wife Jean, who had rheumatoid arthritis, and selflessly gave 8 years of his life to provide her care. He enjoyed the company of his 7 grandchildren, and enjoyed watching them participate in wrestling, football, baseball, softball, soccer and show choir. Don babysat, chauffeured and just spent time with his grandkids. Family was everything to him. He also was able to enjoy his 5 great-grandkids as well. Grandpa Don made every one of them feel special and had a special connection with all of them. Whether it be for career advice, haircuts, lunch, or just a simple phone call to hear about winning a football game, Don loved every minute of it. He lost Jean in December 2000, but wasn’t alone for long. He married Barbara Currier in 2003, and relocated to Hinton, IA and enjoyed 6 joyous years. Unfortunately, Barbara passed in 2009 leaving Don alone again. He filled this void with family, walking and shopping. He always knew where the bargains were. He enjoyed his neighborhood in Hinton where his neighbors watched over him and knew him by name. He took immense pride in his beautiful yard, bird sanctuary and landscaping, and was proud to still be living on his own at the age of 87. When asked how he was doing, it was always, “Better than most.” How was Don as a father, husband, grandfather and great-grandfather? “Better than most.” We were so lucky to have him and will dearly miss his happy, loving, caring attitude. Survivors include sons, Mark (Wendy) Stevenson in Huxley, IA, Drew (Donna) Stevenson in Merrill, IA; daughter, Julie (Dennis) Fischer in Sioux City, IA; daughter-in-law, Shari Stevenson in Sioux City, IA; Aunt Betty (Ron) Billings in Des Moines, IA; seven grandchildren, Andrew (Hillary) Stevenson, Jennifer (Craig) Ahlers, Chris (Shannon) Stevenson, Samantha (Patrick) Holterhaus, Connor Stevenson, Carsyn Stevenson and Patrick Fischer; and five great-grandchildren.

Donald O. Stevenson, 87, of Hinton, entered the Heavenly Gates on September 30th, 2020. We were not ready for him to go yet but are filled with wonderful memories. Services will be held at Christy-Smith Funeral Home, Morningside... View Obituary & Service Information

The family of Donald O Stevenson created this Life Tributes page to make it easy to share your memories.

Send flowers to the Stevenson family.