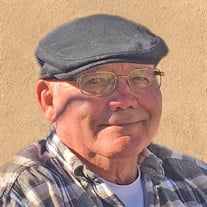 Donald E. “Don” Olsen, 71, died Tuesday, October 29, 2019, at Unity Point-St. Luke’s Hospital in Sioux City, IA. A visitation will be 4:00 p.m. to 7:00 p.m., Friday, November 1, 2019, with family present, at Redeemer Lutheran Church, 3204 S. Lakeport Ave., with a memorial service at 7:00 p.m. at the church. Christy-Smith Funeral Homes, Morningside, is assisting the family with arrangements. There will also be a celebration of Don’s life in Kendallville, IN, at a later date. Donald Eugene “Don” Olsen, the son of Leo Jr. and Janice (Olson) Olsen was born October 16, 1948, in Sioux City, IA. He graduated from high school in Kendallville, IN, in 1966. Don then went to work for Reith and Riley Construction in the asphalt business. On October 21, 1967, Don was united in marriage with Jayne Kline in Kendallville. He was employed by UPS for 36 years. He started as a porter, and worked his way up until he was in management as a dispatch. Don retired in 2004. Don was a member of Redeemer Lutheran Church. He also belonged to the Moose, 4-H, Pheasants Forever, Ducks Unlimited, Turkey Federation, Rocky Mountain Elk Foundation, and was a lifelong member of Bass Federation. Don would even tournament fish for the Kendallville Bass Masters. The couple were involved with many youth activities, including football, softball, basketball, and baseball. They belonged to card clubs, a CB club, and enjoyed square dancing. Don was truly a cowboy at heart. He was an avid hunter, fisherman, and generally loved the outdoors. Don was an Outfitter for big game hunts in Colorado, and was known by the nickname “Herd Bull." He taught his entire family and numerous clients how to hunt, fish, and trap. The family also had an extensive farm, and raised a multitude of various animals. Don especially loved the cows. Don was very involved with 4-H, was on the Fair Committee, helped with numerous FFA activities, and taught hunter safety. Don is survived by his wife, Jayne of Sioux City; children, Scott (Kelly) Olsen of Phoenix, AZ, Jon (Niccole) Olsen of Plymouth, IN, Kasey (Micah) Findley of South Whitley, IN; grandchildren, Cole Findley, Ryan (Bailie) Olsen, Mikayla (Tomas) Salgado, Kaytlin Olsen, and Kyle Olsen; siblings, Randy (Linda) Olsen, Terry (Donelle) Olsen, Roy (Melanie) Olsen, and Dennis (Marsha) Olsen, all from the Sioux City area; numerous nieces and nephews; and many other relatives and friends. He was preceded in death by his parents. Any donations received will be given to a youth hunting or fishing organization.

The family of Donald Eugene Olsen created this Life Tributes page to make it easy to share your memories.

Send flowers to the Olsen family.