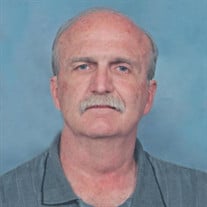 Dennis Glenn “Denny” Robinson, 72, died Friday, July 24, 2020, at his residence in Sioux City, IA. A visitation will be 4:00 p.m. to 8:00 p.m., Wednesday, July 29, 2020, at Christy-Smith Funeral Homes, Morningside Chapel, 1801 Morningside Ave., with the family present from 6:00 p.m. to 8:00 p.m. and a Masonic Service at 7:00 p.m. A memorial service will be 10:30 a.m., Thursday, July 30, 2020, at Christy-Smith Funeral Homes, Morningside, followed by a luncheon at the Abu Bekr Shrine Temple, 820 Nebraska St. Denny Robinson, the son of Robert and LaVonne “Bonnie” (Hatch) Robinson was born August 14, 1947, in Correctionville, IA. He graduated from East High School in Sioux City in 1967. Denny entered the U.S. Army on July 2, 1967. He attended Ordinance Training at Aberdeen Proving Ground in MD. Denny was then stationed at the DMZ in Korea during the Vietnam War. On February 8, 1969, Denny was united in marriage with his high school sweetheart, Rebecca S. “Becky” Johnson in Sioux City. He was then transferred to Ft. Hood in Killeen, TX, where he served the remainder of his tour. Denny was honorably discharged on July 3, 1970. The couple returned to Sioux City, where Denny was employed as a Fabricator at McCracken Concrete Pipe Company. He retired in 1998. Denny was an avid Scouter and was affiliated with Troop 221. He was Wood Badge trained, received the Silver Beaver Award, and was a Vigil Member in the Order of the Arrow. Denny was also a member of the Morningside Masonic Lodge 615, the 32nd Degree of the Sioux City Scottish Rite, and the Morningside American Legion Post 697. Denny is survived by his wife, Becky of Sioux City; children, Ryan (Marcia) Robinson of Crooks, SD, and their children, Riley and Jenna; Holly (Eric) Erickson of Liberty, MO, and their children, Carter and Cale; Jeremy (Sara) Robinson of Sioux City, and their children Emma and Stacie Snyder, and Kellen, Maselyn and Lissa Robinson; a sister, Sandra B. (Johnnie Jones) Greeny of Lakeside, CA; nephews, Trevor and Trent Greeny of Lakeside, CA; an aunt, Patricia Murphy of OK; and many other relatives and friends. He was preceded in death by his parents, his in-laws, Don and Maxine Johnson, and his niece, Tonya Trayer. The family has requested that memorials be directed to the American Legion Post 697.

The family of Dennis G. "Denny" Robinson created this Life Tributes page to make it easy to share your memories.

Send flowers to the Robinson family.