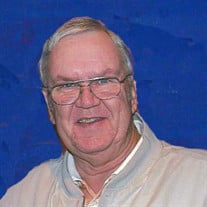 Daniel Parker, age 71, of Sioux City, passed away Tuesday, December 1, 2020 at a local hospital. Memorial Service will be 2:00 p.m. Saturday, December 5, 2020 at Christy-Smith Funeral Homes, Morningside Chapel located at 1801 Morningside Ave. Sioux City, IA. Visitation will be one hour prior to the service, with COVID 19 restrictions, only 15 people are allowed in the building during the visitation at a time. Masks are required for all services. Private burial will be at Memorial Park at a later date. Daniel Alvin Parker, the son of Hartley and Marge (Turek) Parker, was born September 11, 1949 in Sioux City. He grew up in the area and graduated from Central High School in 1968. He then attended Wayne State College. On September 6, 1969 he married the love of his life, Mary Huisenga. The couple made their home in Sioux City. Dan and his father started their own company, Parker Construction. He later worked for the City Assessor’s Office as Deputy Assessor for more than 25 years, he retired in 2015. Dan loved sports, he coached softball and basketball for more than 20 years. “Book-em Danno” / “Daddio Jackson” had a mind like no other, he could remember every tournament, every game and inning they ever played. He enjoyed watching both Iowa and Iowa State, along with the Minnesota Vikings. He also enjoyed attending his grandchildren’s sporting events. Dan is survived by his wife, Mary Parker; daughters, Jody (Steve) Westly, Jennifer (Brad Pittenger) Hamman; grandchildren, Ashley (Ryan) Johnson, Mason Hamman, Steven Westly, Deven Hamman, Sydney Westly; great grandchildren, Peyten Johnson, Landon Johnson; sisters, Diane Beagle, Ruth (Mark) Parker. He is preceded in death by his parents. In lieu of flowers donations can be made to the June E. Nylen Cancer Center, Siouxland Youth Athletics Softball, or the East High School Athletic Department.

The family of Daniel "Dan" Alvin Parker created this Life Tributes page to make it easy to share your memories.

Send flowers to the Parker family.