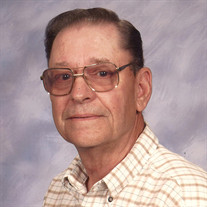 Dale L. Neely, Sr., 79, died Sunday, March 10, 2019, at Holy Spirit Retirement Home in Sioux City. A visitation will be 4 p.m. to 8 p.m. on Thursday at Riverside Lutheran Church with the family present from 6 p.m. to 8 p.m. and a prayer service at 7 p.m. A funeral service will be 10 a.m. Friday at the church with burial in Memorial Park Cemetery. Dale Leroy Neely, the son of Lawrence and Ruby (Petrik) Neely, was born Sept. 4, 1939, in Sioux City. As a young man, he enjoyed ice skating, hunting, and participating in school theatrical productions. He graduated from Central High School. Dale followed in the family trade and went to work for Blankenship Painting and Contracting as a painter and paper-hanger. He specialized in helping to restore historical homes in Sioux City. In 1962, he joined the U.S. Army and served honorably until 1964. Dale helped his father train thoroughbred horses and was a certified trainer with the Jockey Club. It was there that he met his future wife, Nora Jean Harris. They were united in marriage on May 28, 1962, and Nora joined him at Fort Sill, Okla., where he was attending surveyor school. He completed his active duty at Fort Knox, Kent. After his discharge from the military, he and Nora returned to the Siouxland area. Dale went back to work for Blankenship and served in the Army Reserves, where he remained until 1968. Dale later went to work for himself, retiring in 2003. They continued to raise and train horses with family and friends throughout South Dakota and Nebraska for many years. Nora died in 2005. Dale was an active member of Riverside Lutheran Church, where he served in various positions the church board, sang in the choir and helped with many activities on Sunday morning. He was a member of the Painters and Allied Trade Union since 1960, acting as the secretary for many years. Dale dedicated himself to service in his community, sitting on the North Sioux City Fire and Rescue Board, the Big Sioux Township Board, the Equalization Board, and the Union County Weed Board. Dale was elected as a Union County Commissioner for back-to-back terms serving from 2007 through 2014. He was a long standing member of the American Legion and volunteered for Dakota Senior Meals for 14 years. In his spare time, he enjoyed tinkering on vehicles and maintaining the family acreage. Dale is survived by his children, Dale (Sheila) Neely, Jr. of Papillion, Neb., and Norine (Rod) Spears of Lawrence, Kan.; five grandchildren, Christina (Chris) Kapsa, Emily (Alex) Tarrell, Zachary Spears, Kieran Spears, and Adelai Spears; two great-grandchildren, Landon Kapsa and Cordelia Tarrell; and many other relatives and friends. He was preceded in death by his parents; wife, Nora Jean; and a brother, Darrell.

The family of Dale Neely Sr. created this Life Tributes page to make it easy to share your memories.

Send flowers to the Neely family.