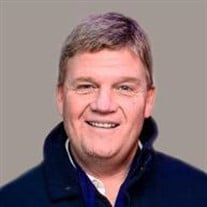 Craig Carrell, 53, of Sioux City, passed away on Aug. 4, 2018 in Lead, S.D. from a fatal accident. A celebration of Craig's life with family present will be 4 p.m. until closed Tuesday at Country Celebrations, 5606 Hamilton Blvd., in Sioux City. Casual attire is requested, and sharing of fond memories will be encouraged. Craig was born in Sioux City, to Patty (Limoges) and Roy Carrell, on June 14, 1965. He graduated from West High School in 1983. He married Tricia Frederick in 1995. Two sons were born to this union, Tucker and Chase Carrell. He later married Stacey Quade in 2003. Craig was an active businessman in the Siouxland area his entire life. From a young age, he was always ambitious and motivated working throughout high school at Rick's Gas Station. After graduating high school, he was employed with Pritchard Towers and Golden Auto Sales before he founded Ideal Wheels with his partner, Doug Jarman, in 1989. Craig had continued to operate Ideal Wheels which was lovingly referred to as "The Lot" for 29 years with help from the best automotive team in Siouxland. In his spare time, Craig found enjoyment collaborating with friends on several business endeavors that brought him closer to Siouxland and the surrounding community including Crack Busters Windshield Repair, The Filling Station in Sioux City, Sloan Golf Course Bar, Silver Dollar Bar in Hinton, Iowa, Eddie's Tavern in Sergeant Bluff, Bronson Bar and Grill, Elite Self Storage in Sioux City, CDK Utilities, and most recently his vacation home rental in Deadwood, S.D. Craig took every opportunity to give back to the community, generously donating to many causes. He was an avid supporter of all Sioux City schools. He especially enjoyed teaching children who were fundraising how to speak for themselves and show why their cause was worth donating to. He served as a board member of the Elks Club 112 and the Boys Club of Siouxland. He looked forward to the annual charity auctions for these non-profit organizations. Craig lived his life to the fullest. His favorite hobbies included traveling with friends and family to new places. He had a way of turning every fishing trip or vacation into the trip of a lifetime. He relished the idea of traveling to Northern Minnesota for family vacations; he had frequented the Park Rapids area since childhood, and wanted to have that same bonding experience with his boys. He could always be found hosting family and friends, driving cars, fishing, hunting, playing cards, spending time at his Deadwood vacation home, and most recently, building his dream home. He had many life mottos but the two that he engrained in his boys were "Work hard, play hard" and "Never take life too seriously." Craig is survived by both of his sons, Tucker L. Carrell and Chase L. Carrell; his parents, Roy and Patty Carrell; his sister, Rhonda Eberhardt and husband, Duane; his brother, Jason Carrell and wife, Beth; and many nieces, nephews, cousins, and friends. In lieu of flowers, please send a donation to one of Craig's dearest causes: The Elks Club Foundation, the Boys & Girls Club of Siouxland, or the Tyler S. Bay Legacy Foundation. The family wishes to extend our sincere gratitude for the outpouring of support from everyone whose life was impacted by Craig.

Craig Carrell, 53, of Sioux City, passed away on Aug. 4, 2018 in Lead, S.D. from a fatal accident. A celebration of Craig's life with family present will be 4 p.m. until closed Tuesday at Country Celebrations, 5606 Hamilton Blvd.,... View Obituary & Service Information

The family of Craig Carrell created this Life Tributes page to make it easy to share your memories.

Send flowers to the Carrell family.