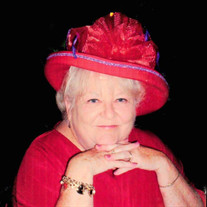 Cheryl (Cheri) Lea Josephine Betsworth Upton, The first the one and only. Her way for understanding life was, “A life is like a garden, perfect moments can be had, but not preserved, except in memory.” Passed away January 11, 2022. Visitation will be January 22, 10 a.m., with service to follow at 11 at Christy-Smith Funeral Home, Morningside Chapel. Interment will be at a later date. Cheri was born on August 14, 1946 to Frank E. and Gladys A. (Roethler) Betsworth, in Le Mars hospital. She was blessed to have four sisters, Angela Kuehn, Peggy (Margaret Homan), Pat (Patricia Letsche), and Jacki Betsworth. She grew up on a farm west of Merrill and attended school at Johnson #5, Liberty Consolidated, Le Mars Central, and Le Mars Gehlen for her senior year, which she said was the best year of her whole school life. Cheri was in 4H Club, was a cheerleader at Liberty, and was in a couple of school plays at Gehlen. Sang in the church choir with her sisters. Walked beans faithfully every year and hated it. She went on to try her ability at being a surgical tech, only to find out the sight of blood was too much for her. She worked as a nurse’s aide for 2 years, then attended Nettleton Business College. She met Gary Upton during that time, and they married on May 13, 1967. The lived in a small farmhouse in Merrill for a year and then moved to Sioux City, where she has lived the rest of her life. Cheri worked numerous places, including Toy National Bank, where she was the Agricultural Loan secretary. After leaving Toy Bank, she became the Safety and Loss Control Co-Coordinator with Terra International. She got to travel all over the US and loved her job. After Terra, Cheri spent the next decade running karaoke at Sooz's Saloon. She made many good friends while hosting, every Friday through Sunday night, and talked about them often. She belonged to American Business Women’s Association, Stockettes, was a Junior Achievement adviser for 2 years, sold toys for Toy Parade for 7 years at night. Loved doing ceramics, painting, singing and dancing. Playing her old piano and writing poems for people she loved. She took pride in her yard and flowers and of course her animals! She is preceded in death by her parents, sisters Angela (Geisler) Kuehn, Peggy (Ed) Homan, Pat (Charlie) Letsche, husband Gary, nephews Jim Kuehn, William John Upton, and niece Shelly Kuehn, in-laws Wesley Wayne and Patricia Upton, and brother-in-law Patrick (Marilyn) Upton. She is survived by sister Jacki Betsworth, brothers-in-law Charlie Letsche and George Hunt, and numerous beloved nieces and nephews. Her favorite saying was “There are two Japans” which means “This too shall pass”. Anyone who knew her knows the funny story that goes with that saying. Any donations may go to the Siouxland Humane Society in Sioux City.

Cheryl (Cheri) Lea Josephine Betsworth Upton, The first the one and only. Her way for understanding life was, &#8220;A life is like a garden, perfect moments can be had, but not preserved, except in memory.&#8221; Passed away January... View Obituary & Service Information

The family of Cheryl Lea Upton created this Life Tributes page to make it easy to share your memories.

Cheryl (Cheri) Lea Josephine Betsworth Upton,
The first the one...

Send flowers to the Upton family.