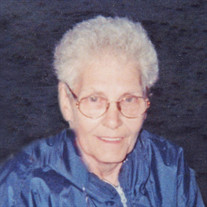 Carole C. Steele, 78, of Sioux City, died Wednesday, Sept. 26, 2018, at a Sioux City hospital. Memorial services will be 2 p.m. Tuesday at Morningside Chapel, Christy-Smith Funeral Homes, with visitation one hour prior. Carole Charlene King, the daughter of Earl and Ivy (Brown) King, was born May 11, 1940, in Sioux City. She graduated from East High School in 1958. Carole then enlisted in the U.S. Marine Corps. She served honorably and was discharged in 1960, attaining the rank of lance corporal. On Nov. 16, 1963, Carole was united in marriage with Elmer Steele in Elk Point, S.D. She worked in production at Gerkin Company for 25 years. She was then employed at Iams, retiring in 2003. Carole excelled at fast-pitch softball, and played for Pepsi-Cola, Pizza Oven, and Siouxland Sports. She was the top pitcher in the area for many years. Carole also enjoyed fishing. Carole is survived by her children, Tracy (Cole) Bradley of Klamath Falls, Ore., Patrick Steele of Montrose, Minn., and Kathleen Harrison of Sioux City; seven grandchildren, Michael, Dustin, Nathan and Taylor Minter, and Laci, Bailey and Madison Harrison; four great-grandchildren, Berkley, Quinn, Violet and Ivy; two brothers, Paul (Randi) King of Bountiful, Utah, and Michael King of Chicago, Ill.; and many other relatives and friends. She was preceded in death by her parents; husband, Elmer; siblings, James King and Shirley Cummings; and two grandsons, Michael Steele and Brandon Minter.

The family of Carole C. Steele created this Life Tributes page to make it easy to share your memories.

Send flowers to the Steele family.