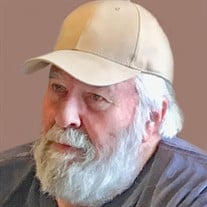 Carl Edward Zimmerman, 78, of Sioux City, died Sunday, Jan. 20, 2019, at his home. Memorial services will be 11 a.m. Thursday at Morningside Chapel, Christy-Smith Funeral Homes, 1801 Morningside Ave., in Sioux City, with Caleb Sander officiating of Sunnybrook Community Church. Burial will be at a later date in Memorial Park Cemetery. Online condolences may be made to the family at www.christysmith.com. Carl was born on Nov. 11, 1940, in Sioux City, to Phillip and Bonnie (Piper) Zimmerman. He grew up and attended Sioux City Schools, graduating from East High School in 1959. Carl married Gloria Perrin Oct. 18, 1960 in Pipestone, Minn. The couple had three boys, Michael, Patrick and Jay. Carl worked for Meyer Beef in Sioux City until 1979. The family then moved to Littleton, Colo., where he worked for Intermountain Specialty Equipment Company until returning to Sioux City in 1987. He continued working various jobs until he retired in 1998. His hobbies included fishing, hunting and camping. He was a member of the Harbor Camping Club, Iris Club and the Sioux City Snowmobile Rescue Club. Family was very important to Carl. He treasured the time he and Gloria spent with their boys while they were growing up. Later when the boys started families of their own, he was very proud grandpa to his grandchildren and great-grandchildren. Those left to cherish his memory include his wife, Gloria; three sons, Michael (Kim) Zimmerman of West Jordan, Utah, Patrick (Shelia) Zimmerman of rural Woodbury County, and Jay (Laura) Zimmerman of La Vista, Neb.; six grandchildren; four great-grandsons; brother, John (Judy) Zimmerman of Littleton, CO; and numerous nieces and nephews. He was preceded in death by his parents.

The family of Carl E. Zimmerman created this Life Tributes page to make it easy to share your memories.

Send flowers to the Zimmerman family.