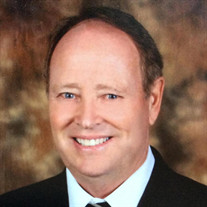 Arvin Benjamin Nelson, 74, of Sgt. Bluff, IA suddenly passed away on Saturday, June 6, 2020 at Mercy Medical Center. A graveside service will be held 10:00 a.m., Sunday, July 11, 2021 at Memorial Park Cemetery in Sioux City. A Celebration of Life and visitation with friends and family will be held from 11:00 a.m. - 3:00 p.m., Sunday, July 11, 2021 at the Sergeant Bluff-Luton Rec Center in the fireside room. Arvin Benjamin Nelson was born on November 12, 1945, in Pocahontas, IA to Leora (Johnson) and Oscar Nelson. He attended High School in Pocahontas, IA, and graduated in 1964. He excelled in track and football during those years. He and his twin, Allan, were known for their shenanigans and their GTO cars. After graduating, he served in the US Army Reserves for six years. During that time, Arvin was known for running the fastest mile in his unit. On June 6, 1965, he married Julie (Brent) Nelson and together they had five children. After getting married, Arvin began farming. He worked other jobs, but farming was his true passion. In 1971, they moved to Sgt. Bluff, IA, and in 1973, they were able to move to a nearby farm where he could raise crops, work in the dirt, and create a legacy which was Arvin’s greatest joy. He served as President of the Sgt. Bluff Luton School District for several years while his children attended SBL. He was also an elder in the Seventh Day Adventist Church. Arvin acquired his pilot’s license and enjoyed flying his own plane. He also loved to tease and make others laugh. Arvin is survived by his five children, Melissa (Brian) Haisch of Laurel, NE, Kristie Van Wyk of Sgt. Bluff, IA, Nichole Nelson of Sioux Falls, SD, Hans (Maribel) Nelson of Sgt. Bluff, IA, and Michael Nelson of Sgt. Bluff, IA; four siblings, Oscar (Lois) Nelson Jr., Leroy (Janine) Nelson, Allan Nelson, and Vickie (Bill) Claussen; 15 grandchildren; 5 great-grandchildren; many nieces and nephews; and friend, Connie Beeghly. Arvin was preceded in death by his parents, Oscar and Leora Nelson; step-mother, Francis Nelson; and sisters-in-law, Nancy and Sharon Nelson.

The family of Arvin Benjamin Nelson created this Life Tributes page to make it easy to share your memories.